Salman Khan fans, we have great news for you 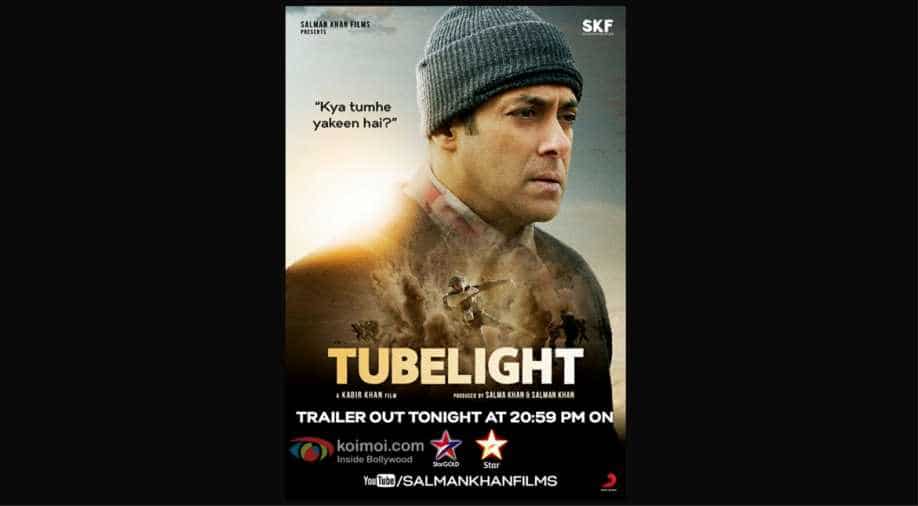 The trailer will release at 8:59 pm tonight ||Tubelight is directed by Kabir Khan and is produced under his own label Salman Khan Films

All the Salman Khan fans in the house, there's good news.

Salman Khan starrer Tubelight movie is all set to release today. According to the poster recently released, the timings are IST 8:59 PM tonight.

The film revolves around Laxman (Salman) who is a little slow and is known as Tubelight. After his brother goes missing during the Indo-Sino war, he is forced to introspect and truly believe that he has the power to find him. The movie features Shah Rukh Khan in a cameo as a magician, who helps Salman’s character discover his talents.

Take a look at the poster here:

After missing the teaser launch, Salman will be attending the film’s trailer launch in Mumbai today.

Tubelight is the third collaboration between Kabir Khan and Salman, after successful films like Ek Tha Tiger and Bajrangi Bhaijaan and hence expectations are high.

Here is the trailer of the movie:

Listen to the first song of the movie here: