You seem pleased with me now but just wait for the Budget: PM Modi to CEOs 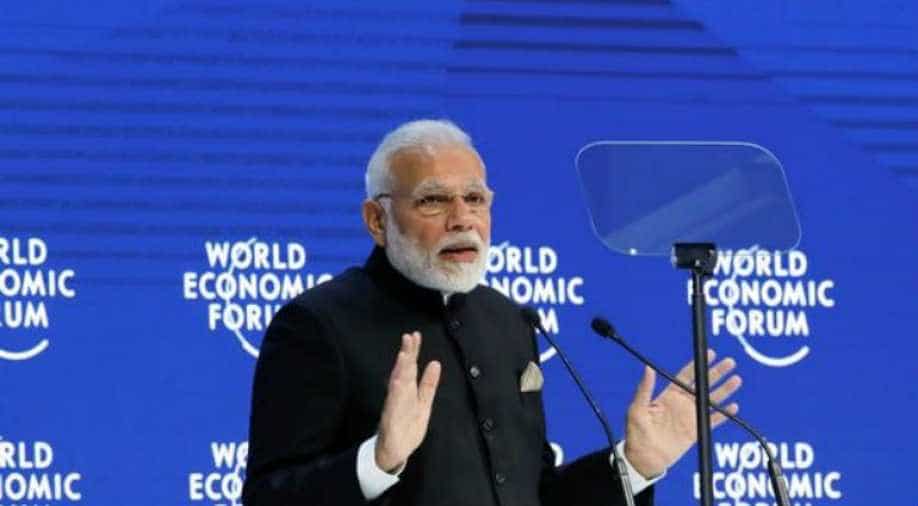 PM Modi slipped into a short session with the CEOs and business leaders ahead of his keynote address at the World Economic Forum event at Davos yesterday.

The Prime Minister was supposed to begin his address at 11.15 am (around 3.30 pm IST) at Davos. He got in for a quick chat with business leaders slightly ahead of his opening plenary session.

During his meeting, PM Modi hinted at the possibility of a tougher budget this time saying that, "Why are all of you not smiling? You seem to be pleased with me now but just wait for the budget."

PM Modi then rushed for his keynote address at the Davos event which lasted for almost an hour where he highlighted the key achievements of his administration.

"India is removing the red tape and laying out the red carpet," said Mr Modi.

"Almost all areas of our economy have been opened to foreign direct investment," he added.

He later met with his Canadian counterpart to address bilateral ties.

The prime minister is expected to meet his cabinet today.

He will also interact with the Vietnamese Prime Minister, the President of Philippines and State Counsellor of Myanmar Daw, Aung San Suu Kyi later in the day.