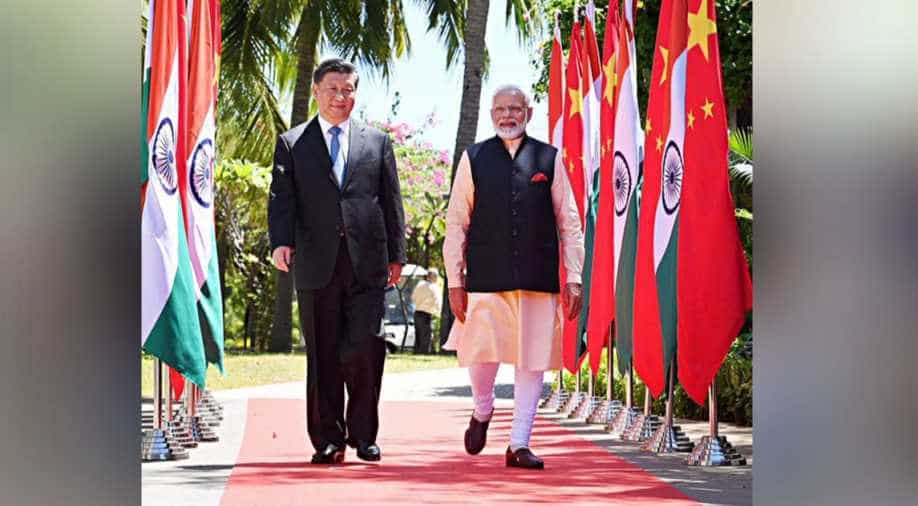 Modi and Xi spent six hours together during 24 hours the Chinese president was in India.

India and China agreed to continue the positive momentum as two countries wrapped up the second edition of informal summit in the southern Indian state of Tamil Nadu with the big takeaway being trade.

Both PM Modi and President Xi Jinping agreed that since Wuhan, the strategic communication between the two countries has deepened and both sides agreed that the informal summit would continue.

Modi and Xi spent six hours together during 24 hours the Chinese president was in India.

PM said, "Wuhan summit had provided new momentum and thrust and Chennai connect will start a new era of cooperation between the two countries".

"It was a right decision to have informal summit" and we can "continue with this form of meeting," he added.

Xi said on Friday he had "heart to heart discussion on bilateral relation" with PM Modi like "friends" and Beijing aims "to maintain and grow India-China relation". The Chinese president said he is "overwhelmed" by India's hospitality and "really feel the sincere welcome" which will be a "memorable experience".

Terror was the other big focus.

" Both Leaders are concerned that terrorism continues to pose a common threat" and "As countries that are large and diverse, they recognized the importance of continuing to make joint efforts to ensure that the international community strengthens the framework against training, financing and supporting terrorist groups throughout the world and on a non-discriminatory basis," said a press release issued by India stated.

The revocation of special status for the erstwhile state of Jammu and Kashmir was neither raised nor discussed by either side. Modi called for balanced trade pact on Regional Comprehensive Economic Partnership (RCEP), the 16-member free trade agreement to which the Chinese President retort was ''New Delhi's concerns will be taken care of''.

As part of Confidence Building Measures (CBMs), India's defence minister will be soon going to China.

As part of people to people contact, two leaders agreed on the establishment of sister-state relations between Tamil Nadu and Fujian Province, exploring the possibility of establishing an academy to study links between Mahabalipuram and Fujian province. Both countries celebrate 70th anniversary of diplomatic relations next year and will organise 70 activities including a conference on a ship voyage that will trace the historical connection between the two civilizations.

The third informal summit will take place in China.