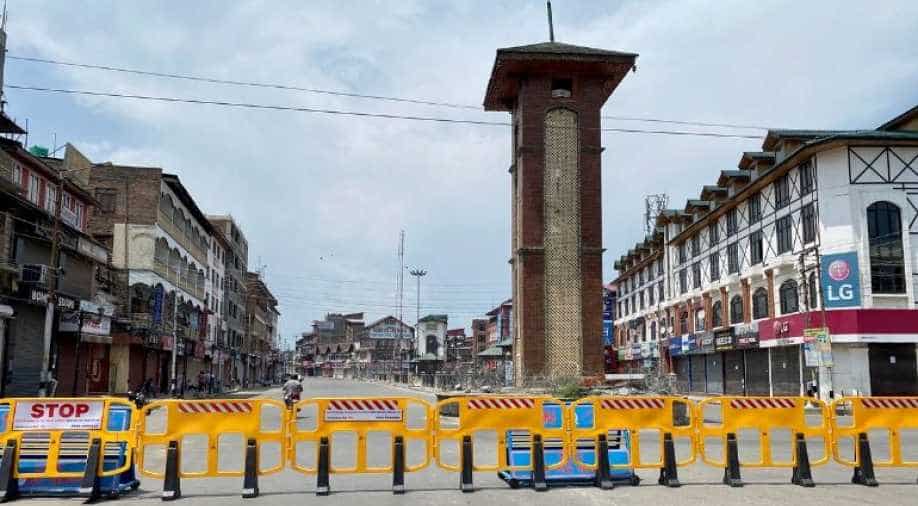 After the lockdown was lifted, people breathed a sigh of relief but locals were not following social distancing norms and other SOPs laid by the government

A fresh lockdown has been imposed in parts of Kashmir after a spike in the number of coronavirus positive cases, which prompted authorities to reimpose restriction in Containment and Red Zones of the valley.

After the lockdown was lifted, people breathed a sigh of relief but locals were not following social distancing norms and other SOPs laid by the government with experts calling for an immediate lockdown to control the spread of this deadly virus.

Shops, business establishments, and offices remained shut with containment areas sealed with fences and barricades by the authorities to curb the movement of people. The decision to impose restrictions has been taken after the recommendations of experts, officials say.

"District Magistrate Srinagar Shahid Iqbal Choudhary issuing orders in this regard has directed for sealing off all these 88 red zones with strict enforcement of restrictions on public movement and activities of all sorts," a press release by the government said. 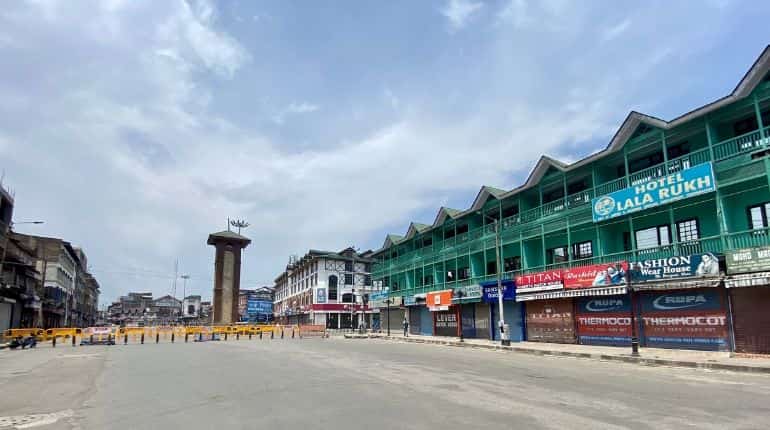 On Sunday, strict restrictions were ordered in 88 containment zones of Srinagar to deal with the growing cases in the city. The total number of positive cases in Srinagar has reached 1,708, out of which 1145 are active according to the latest data provided by the administration. The summer capital of the union territory Srinagar has 1,704 cases, the highest among 20 districts of J&K with 44 deaths so far.

A total of 10,513 people have been tested COVID positive since the outbreak which has worried the health experts with currently 4355 cases active positive in different hospitals. Apart from Srinagar, districts including Baramulla, Anantnag, and Kupwara have imposed a similar strategy to combat the deadly virus.

What's more worrying is that the economy of the erstwhile state has been badly hit post the abrogation of J&K special status which witnessed many days of curfew and restrictions. The business sector of the valley had pinned their hopes to this summer but the spread of coronavirus has brought down curtains on their hopes.

"Now that once again a lockdown will be imposed, the already debilitated economy of Kashmir will suffer more. It can’t now revive without the government’s intervention and timely announcement of Special packages," President of Kashmir Chamber of Commerce and Industry Sheikh Ashiq wrote on twitter.

An order issued by the administration to reopen tourism has drawn flak from locals as they are questioning the government for reimposing lockdown while asking tourists to visit the valley.  A set of guidelines have been issued by the government in which tourists will be allowed to enter only by air with RTPCR testing on arrival compulsory.

"This may send out a positive message but we don't expect tourists to come when its largely about personal safety first. We have growing cases and a lockdown has been ordered again, how will tourists come?" asked a man associated with tourism sector in Kashmir.