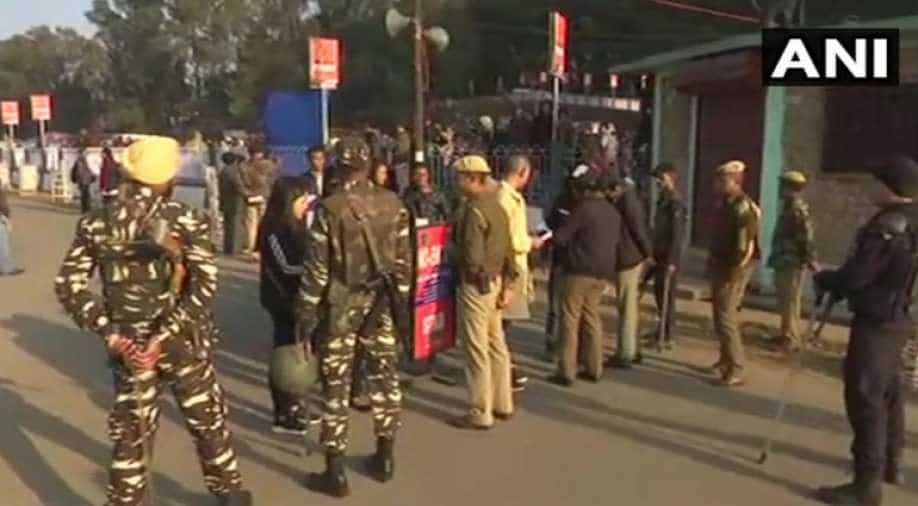 Visuals from outside the counting centre in Shillong. Photograph:( ANI )

Counting of votes begins for Tripura, Nagaland and Meghalaya assembly elections. Results are expected by the afternoon. Tripura went to the polls on February 18. Elections in Meghalya and Nagaland were held on February 27.

A gunman suspected of killing his parents at a Central Michigan University dormitory during a domestic dispute on Friday was still at large, authorities said. According to media reports, 19-year-old James Eric Davis Jr was a sophomore at Michigan University who targeted two people at the University due to personal rivalry.

The Karnataka Police has taken a suspected accused KT Naveen Kumar into police custody for questioning in connection with the murder of journalist and activist Gauri Lankesh. As per media reports, Naveen was caught by the crime wing of the state police's central crime branch on February 18.

In yet another demand for the gun reforms on Friday, as an aftermath to Florida High school shooting, a billboard at Las Vegas was vandalised to read, "Shoot a school kid only $29,". The billboard originally read, "Shoot a .50 caliber only $29." It was an advertisement for a local firing range called Battlefield Vegas, which, according to its website, is a business owned and operated by veterans that features a "military-style complex" a block from the Las Vegas Strip, as well as additional "outdoor training areas."

A powerful storm lashing the northeastern United States on Friday killed at least five people as winds topping 80 miles per hour (129 km per hour) helped flood streets in Boston, ground flights and halt train service across the region. Almost 1.7 million homes and businesses were without power in the Northeast and Midwest as the storm pummelled the East Coast from Virginia to Maine. Government offices in Washington closed as winds gusted to more than 60 mph (96 kph) in the U.S. capital.