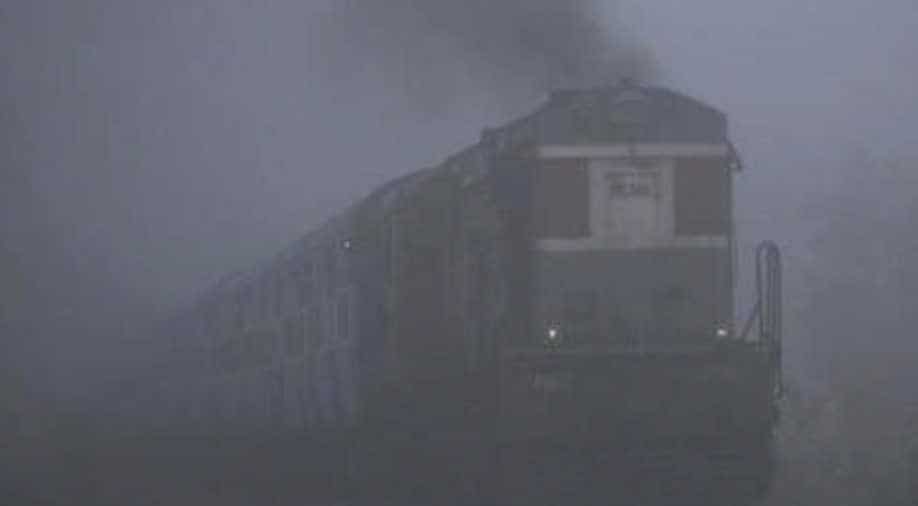 Due to decreased visibility or operational reasons, 20 trains in Delhi will arrive late, 15 have been cancelled and two have been rescheduled. Photograph:( ANI )

We make massive payments to Pakistan, they have to help fight terror groups: Trump

US President Donald Trump slammed Pakistan while unveiling his national security strategy, even as the administration officials expressed concern over JuD chief Hafiz Saeed running for office in Pakistan next year.

State Department spokesperson Heather Nauert said Saeed was the "mastermind of the Mumbai terrorist attacks" and leader of Lashkar-e-Taiba (LeT), adding, "it is a group the US government considers to be a terror organisation."

Rohingya repatriation to Myanmar should be voluntary and dignified: US

The United States said it would like to see "safe" and "dignified" return of Rohingyas back to Myanmar, insisting "Rohingyas need to be treated well as they decide to return home".

However, even after nearly four months, Rohingyas continue to flee Myanmar in huge numbers. The UN has estimated over 6,20,000 Rohingyas have already crossed over to Bangladesh with thousands more expected to reach trekking over mountains and through forests and rice fields inundated by monsoon rain.

Known for his philanthropic work, American business magnate Bill Gates on Tuesday listed out stories of 'hope and progress' in 2017 on his Twitter page.

Among inspirational stories from across the world, Gates also mentioned Akshay Kumar's film Toilet Ek Prem Katha as a film that brought in awareness around sanitation in Indian rural households.

""Toilet: A Love Story,” a Bollywood romance about a newlywed couple, educated audiences about India’s sanitation challenge.(sic)" said Gates in his tweet.

Due to decreased visibility or operational reasons, 20 trains in Delhi will arrive late, 15 have been cancelled and two have been rescheduled.

There is no information about any delays or cancellations of flights so far.

The national capital has been experiencing bitter cold since the last few days, leading to cancellation and rescheduling of trains.

Bitcoin crashes over 10 per cent on Bitstamp

Bitcoin value crashed by over 10% on Wednesday to touch $15,800 at a cryptocurrency exchange Bitstamp.

"It has since pared some of the losses and is down about 7 per cent in early trade," noted a Reuters report.

The recent Bitcoin surge overwhelmed investors and financial experts all across the world as the digital currency touched an all-time high soaring at about $19,666 on Sunday, its value has been sliding ever since.