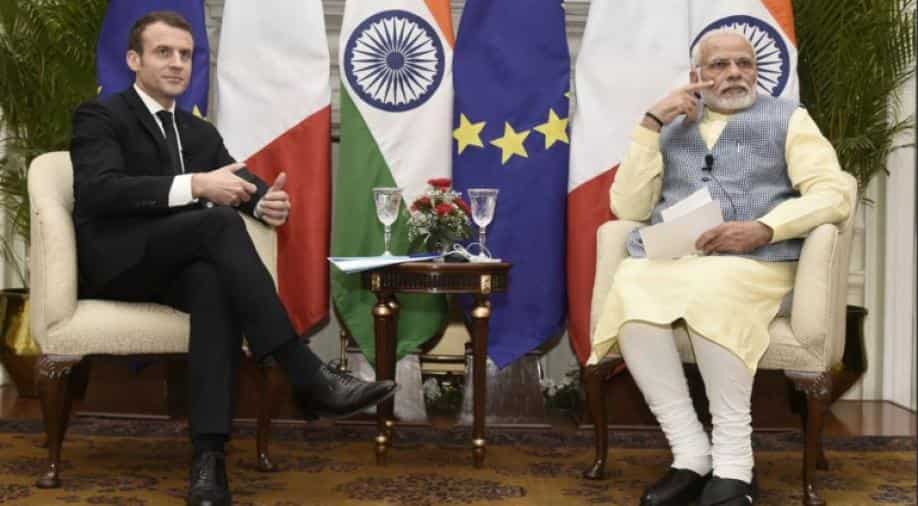 Five big stories of the day

India and France on Saturday signed as many as 14 bilateral agreements aimed at boosting ties, including in sectors of security and nuclear energy, at Hyderabad House in New Delhi.

The French and Indian companies have also signed contracts worth $16 billion on the occasion. According to reports, around 200 million euros of investments will be made in India.

The deals include a contract for France’s Safran to supply SpiceJet with engines, water system modernisation by French water utility firm Suez in the southern city of Davangere and a contract between industrial gas company Air Liquide and Sterlite.

Calling Pakistan a failed state, Kumam said, "In gross violation of UN Security Council resolution 1267, the UN designated terrorists like Hafiz Mohammed Saeed are freely operating with State support, and the UN designated entities are being politically mainstreamed in Pakistan."

In the letter to the Prime Minister, Kejriwal has written that the sealing is being undertaken because of some irregularities in the law.

He wrote that the centre was supposed to tackle such irregularities, however, it did not mend these on time, and now the people have to face the consequence.

The statue was found beheaded in the middle of the ground in Azamgarh. The police, who were informed about the incident rushed to the spot.

This is the latest in the flurry of attacks on the statue of iconic leaders in the country.  On Wednesday, a bust of Ambedkar was defaced by unknown people in north Chennai in Tamil Nadu, days after a statue of Dravidian icon EV Ramasamy Periyar was vandalised in South Indian state after a senior BJP leader’s inflammatory post on Facebook.

The RSS today re-elected as its general secretary Suresh (Bhaiyyaji) Joshi for another three years.

Suresh (Bhaiyyaji) Joshi, who has been holding the post since 2009, will now remain in charge till 2021.

According to sources, who were present in the meeting, no other name was proposed.