Will bring down GST if Congress comes to power, says Rahul Gandhi 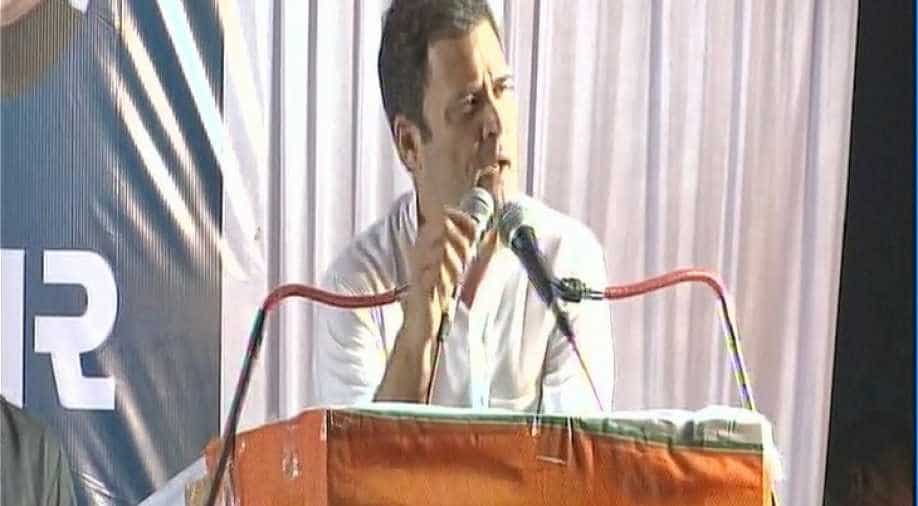 He took a jab at Modi's government yet again and said that 'as soon as his government comes to power, he promises to bring down 'Gabbar Singh Tax' (GST), bring a sound GST so that no one will have to pay anything over 18% tax'.

As soon as Congress comes to the power, we will bring down Gabbar Singh Tax, bring a sound GST so that no one will have to pay anything above 18% tax.: Congress Vice President Rahul Gandhi in Khedbrahma, Sabarkantha #Gujarat pic.twitter.com/xub6Oo3d7l

Gandhi further stated that 'this is the highest unemployment rate in 8 years'.

The Congress leader has previously taken many hits at Modi's government, suggesting them to impose a 'simple tax' rather than 'Gabbar Singh Tax' and how the recent rearrangement in GST is going to cause a slowdown for small and medium businesses.

Moreover, Congress, on Saturday, also claimed credit for the the GST Council's decision to cut tax rates on 178 items of daily use, saying the government was forced to do so due to the pressure mounted by party vice-president Rahul Gandhi and the 'huge response' his campaign had been receiving in poll-bound Gujarat.