Why is June 21 celebrated as annual International Day of Yoga? Delve deeper into India's ancient practice 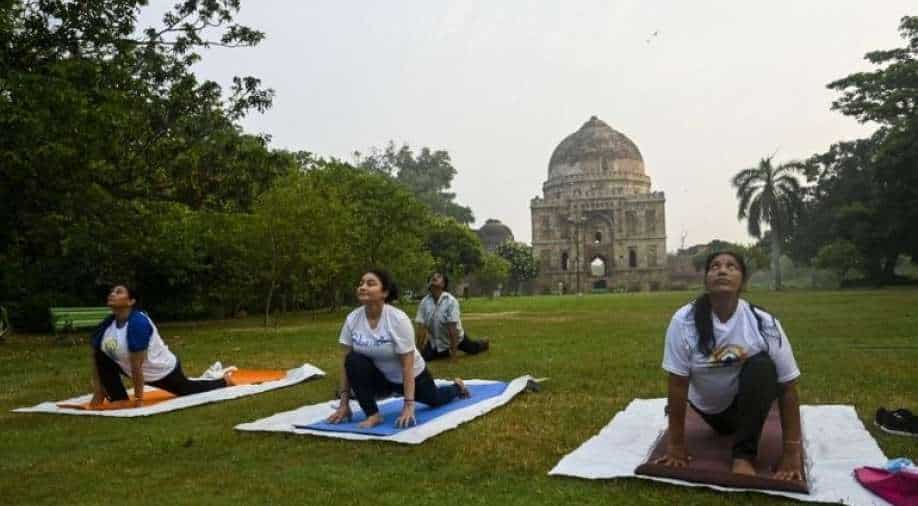 People perform a yoga position in a park on International Yoga Day in New Delhi on June 21, 2021. Photograph:( AFP )

International Yoga Day 2021: How the day came into being, PM Modi's role in its institution and the history of Yoga deeply seated in ancient India

June 21 is marked as the annual International Day for Yoga to celebrate the ancient Indian art of healthy living. Translating into “unity” from Sanskrit, Yoga intends to unite the body and mind to bring harmony.

The first International Day of Yoga was celebrated on June 21, 2015 after its inception at the United Nations General Assembly.

The date was chosen on the suggestion of Indian Prime Minister Narendra Modi, who had pitched June 21 for being the longest day of the year in the Northern Hemisphere, which is observed as a day of cultural significance in different parts of the world.

The commemoration of yogic practices was pitched by Indian PM Modi himself in September 2014 who referred to Yoga as an “invaluable gift of India’s ancient tradition”.

The first International Day of Yoga was marked with fervour and pomp. In New Delhi, India over 35,000 people including officials from 84 nations joined PM Modi to perform 84 postures (or asanas) for 35 minutes at Rajpath.

Since then, June 21 has come to signify the global reach of ancient Indian Yogic practices and events are held in different cities of the world annually.

Yoga is considered not only a form of physical exercise but has been credited for being a practice that enables spiritual and mental well-being.

The earliest estimates claim that Yoga was being practiced in pre-vedic India - dating back to 3000 BCE. The practice also finds mention in ancient texts like the Rigveda as well as the Upanishads.

Yoga was introduced in the West in 20th century, where it received recognition and acclaim for its rejuvenating holistic approach to physical and mental well-being.

In pics: International Yoga Day 2021: Here's how world is celebrating the holistic art of healthy living

The earliest forms of Yoga include not only physical exercise but also meditation and spirituality. It has found found mention in Hinduism, Buddhism and Jainism.

The “Yoga Sutras of Patanjali” dating back to 4th century BCE define Yoga as “the calming down [of] the fluctuations/patterns of consciousness”. To find peace within and to expand one’s consciousness are posited as the goals of true Yoga.

The Hindu text of Mahabharata refers to three types of yoga - of action (Karma), of devotion (Bhakti) and of knowledge (Jnana). Together, these three types unite the mind and body.