What will happen during the 48-day journey of Chandrayaan-2 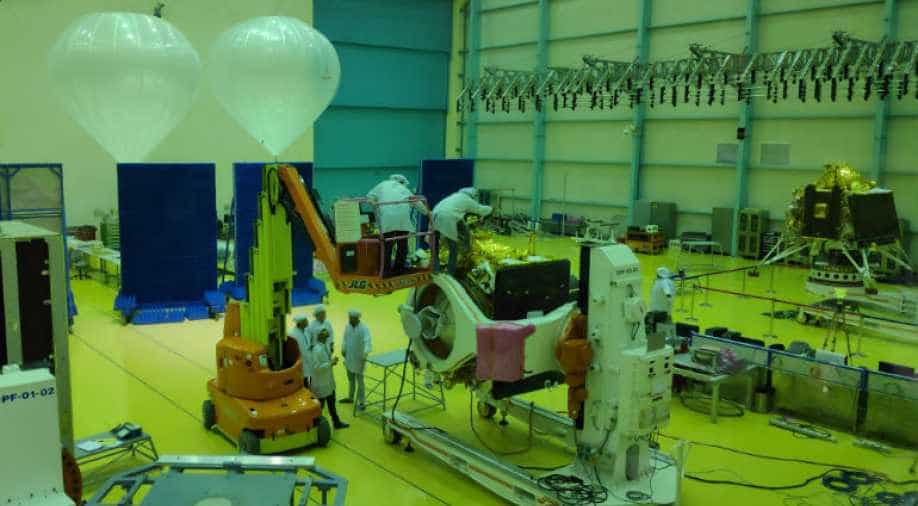 This mission will make India the fourth country after the US, Russia, and China to carry out a soft landing on moon

Chandrayaan-2 was launched successfully by the Indian Space Research Organisation (ISRO) on Monday afternoon. The lunar mission will explore the moon's South Pole and take the study of presence of water on the moon ahead.

The rover onboard the lunar mission is expected to land on the moon's surface on September 7. But what happens in this 48-day-long journey?

The Chandrayaan-2 mission will separate from the main rocket 16 minutes after the launch, at a height of 181.6km above the earth's surface. From Monday (July 22) till day 23, the lunar mission will keep orbiting the earth.

Then, Chandrayaan-2 will enter the lunar orbit on the 30th day and the process will continue till the 42nd day. The ISRO will keep communicating and controlling the lunar mission all this while, its scientists monitoring the overall health of the probe and standing by for emergency.

Once it's in lunar orbit 100 kilometres above the surface, the spacecraft will send lander Vikram with rover Pragyan onboard on a controlled descent to the moon's surface. On September 7, Vikram will land on the South Pole of the moon.

The lander will then release the six-wheeled solar-powered rover Pragyan that will cover about 200 metres of lunar territory and will remain there for 14 days. The aim of the mission is to examine the surface, gather data on minerals and even water in the form of ice.

ISRO chief K Sivan said Vikram's 15-minute final descent "will be the most terrifying moments as we have never undertaken such a complex mission".

This mission will make India the fourth country after the US, Russia, and China to carry out a soft landing on moon.