Prime Minister Modi was delighted to hear that Deepali was from Gorakhpur. Deepali in turn said 'it was a moment of pride for her' to prepare food for him.

Prime Minister Narendra Modi received the prestigious Seoul Peace Prize for 2018 on Friday for his contribution to international cooperation and fostering global economic growth. The award was presented to him by the Seoul Peace Prize Foundation at a grand ceremony in South Korea.

The event was organised in Seoul and interestingly, the head chef of Lotte Hotel in Seoul where PM Modi stayed along with his delegation was an Indian with her roots in Gorakhpur.

Deepali, the Indian-origin chef based in Seoul, was specially invited by the Indian Ambassador of South Korea to head the culinary front for the PM and his delegation of over 150 people.

While speaking to WION, Deepali said it was an exciting moment for her to prepare food for the PM and his delegation. It was a moment of pride for her and her family.

She said the PM loved the food and also complimented her for it after he learnt that the head chef for his delegation was an Indian. Later, after the dinner when he met Deepali, he asked her about her roots and was delighted to learn that Deepali is from Gorakhpur. He told Deepali that he will visit Gorakhpur on February 24 (today).

Here are some excerpts of Deepali speaking to WION.

WION: What was it like being head chef for PM Modi and his delegation?

DEEPALI: It was definitely an exciting moment to head the culinary front for the PM and his delegation of 150 pax. This event was held in “Lotte Hotel Seoul”, by the way I do not work at this place on a regular basis. It was for this event that the Indian Ambassador here in Seoul had asked me to lead on the culinary front for PM Modi’s trip (2 days and approximately 150+ people in the delegation).

WION: What did the menu include during his two days of stay?

DEEPALI: It was mostly Indian food served in breakfast, lunch and dinner. 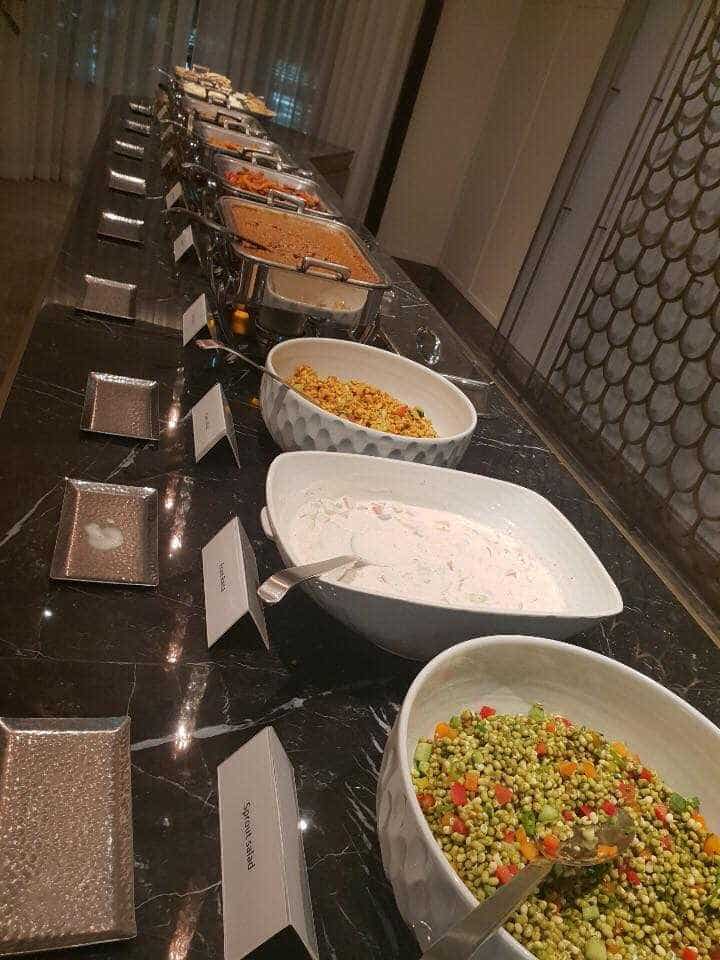 WION: Any comments by the PM on the food?

DEEPALI: It was after dinner that we got a chance to meet the PM and he complimented us for the food saying, “It was very tasty”. After this we got a chance to get pictures clicked with the him and then he also asked me to send this picture to my parents in Gorakhpur.

WION: Tell us more about your journey from Gorakhpur to Seoul.

DEEPALI: I was born and brought up in Gorakhpur, did my schooling from Gorakhpur itself and then moved to Vanasthali Vidyapeeth, Rajasthan where I completed my Bachelors and Masters in Computer Science. I got married while I was completing my Masters.

My husband then was working in US so I moved to US and started my career as a developer in US itself. By the time I got settled with my job in US, my husband got transferred to Thailand. Since I was a trailing spouse I didn not have a work permit, my husband had the work permit, I was on a dependent VISA. I decided to utilise the time I had by enrolling in a college but I got a job offer from my institute of that of a Corporate trainer. Then I got to know we were expecting our first child so we moved back to India.

After the birth of my first child we then moved to the Philippines where I got to know that the best courses offered here were on Culinary, I started learning Culinary. I won a lot of competitions after that and then I started getting more work as a Chef. I never thought that I would be working as a Chef but I went with the flow.

Then we again got a transfer to South Korea. Whatever Indian Projects that were in Seoul I was the Chef-in-Charge in most of them. Interestingly I was never a trained Chef in Indian food because of my training in Culinary in the Philippines. I never cooked Indian food so to get the expertise I worked for free in Indian Restaurants in Seoul.

It has been a learning experience for me and the journey has been an exciting one from Gorakhpur to Seoul. WION: What is it about India that you miss here in Seoul, South Korea?

DEEPALI: I miss my family and friends the most. Along with that I miss the “chaat” and my mother’s “mutton curry” the most here.

WION: What was your experience of serving the PM of India?

DEEPALI: The delegation and Mr PM liked the food. It was a great honour to personally hear from him that the food was good.