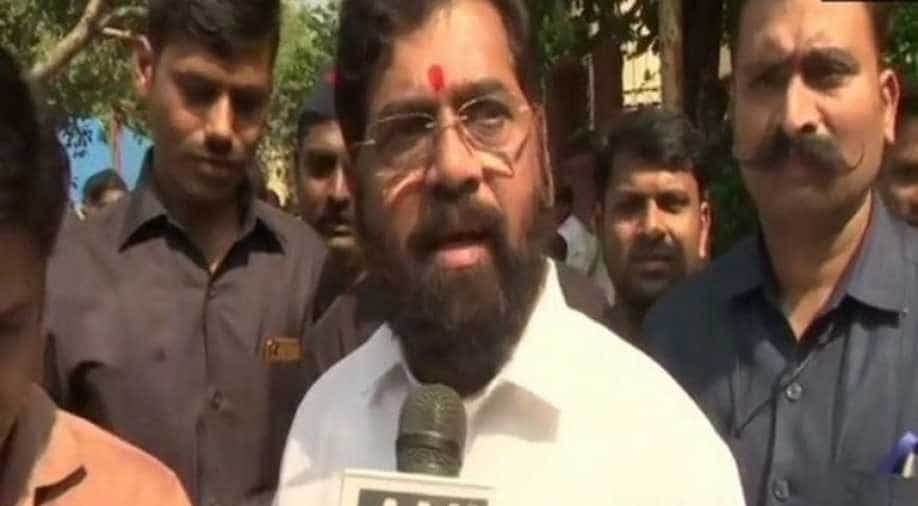 Earlier today, Congress-NCP-Shiv Sena leaders submitted the letter to the officials at Raj Bhavan in Mumbai.

Senior leader Eknath Shinde on Monday said that Shiv Sena, NCP and Congress have the required numbers and added that they have given the letter, where 162 MLAs have pledged support to their alliance to Maharashtra Governor Bhagat Singh Koshyari.

Earlier today, Congress-NCP-Shiv Sena leaders submitted the letter to the officials at Raj Bhavan in Mumbai.

"We`ve given the letter of support of 162 MLAs to the Governor. In a democracy, only the majority number holds importance. We want that the minority government formed on November 23, should resign as they can`t prove the majority. Those with the majority should be given the opportunity," said Shinde.

"Shiv Sena, NCP and Congress have numbers and we want to form the government but our claim was rejected and it`s like cheating the democracy," he added.

"We have signatures of 162 MLAs and we have proven that we can form the government. The current government which is formed overnight should not be given acceptance as they don`t have the numbers. We demand the resignation of Chief Minister Fadnavis as they don`t have numbers," said Shinde.

Echoing similar sentiments, NCP leader Jayant Patil earlier today had asserted that a government has been formed in the state but the concerned political parties do not have adequate numbers.

"We have a doubt that if the BJP Government is unsuccessful in proving the numbers, they will indulge in bad practices and therefore we have taken signatures of MLAs beforehand. The government that does not have numbers and have no third person other than the two faces which are being shown regularly, should not create a false public perception that they have numbers and can form the government," said Patil.

Patil told reporters here that he will once again try to convince Deputy Chief Minister Ajit Pawar for one last time.

"I will go to Ajit Pawar once again to convince him and this could be for the last time. If we are successful in doing so then it`s fine otherwise the party will decide its next step," said Patil.

At a time when deliberations among Congress, NCP and Shiv Sena on the formation of a non-BJP government in the state had seemingly reached a final stage, the BJP formed the government in a surprise development on Saturday morning when Fadnavis took oath for the second time as the Maharashtra Chief Minister, while Ajit Pawar was sworn-in as the Deputy Chief Minister of the state.

Although BJP and Shiv Sena got the mandate to form the government, the two parties parted ways over power-sharing.