Welcome all initiatives that contribute to peace: Vietnam's India envoy on Quad 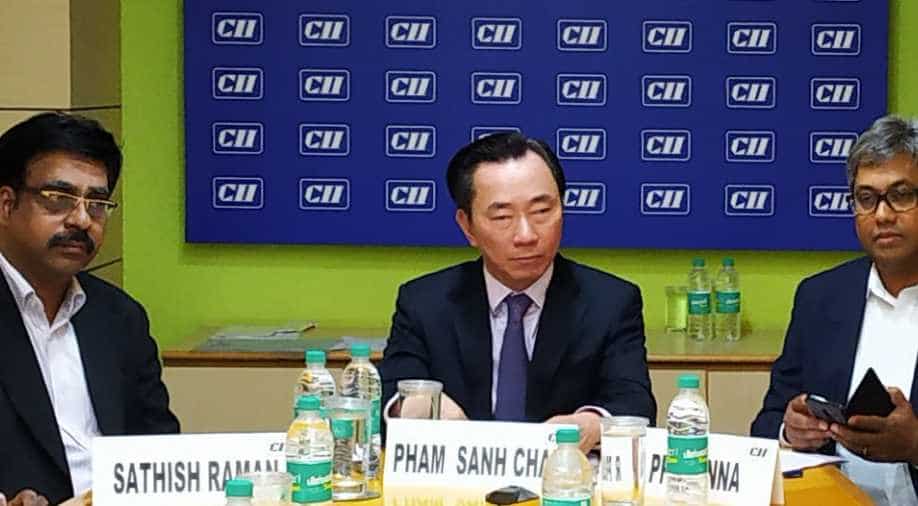 The strategic relationships between India and Vietnam includes the maintenance and purchase of equipment if both sides deemed necessary.

Pham Sanh Chau: Vietnam and India relations growing strength to strength. Very pleased to serve my country at this crucial moment when our relations have gone so far in past few years. Especially, the relationship has become a comprehensive strategic partnership. It's developing in all areas including defence and security, commerce, science, culture.

WION: What is your view on Quad?

Pham Sanh Chau: We are following the situation closely and the latest developments in the region. Not only in the South China Sea but also the evolving security architecture in the region. We welcome all initiatives that contribute to the maintenance of peace, stability, freedom of navigation and freedom of overflight in the region including the South China Sea. We also adhere to our traditional principal of all disputes need to be addressed by peaceful means including diplomatic channels. We are against any threat of use of force

WION: Are in favour of Joint India-Vietnam patrol in south china sea?

Pham Sanh Chau: As I mentioned we extend our cooperation to India in many areas including coastal guard joint exercise. So, we welcome all initiatives for peace and security.

WION: Any update on BrahMos?

Pham Sanh Chau: The strategic relationships between India and Vietnam includes the maintenance and purchase of equipment if both sides deemed necessary. To my information, there is an ongoing discussion between relevant companies in India and Vietnam on that matter. At this stage, no final deal has been reached.

WION: Indian President Kovind is going to visit your country from November 18 for three days. A number of high-level visits have been ongoing. Your PM and president are scheduled to visit India this year. How will the visit strengthen the relationship between the two countries?

Pham Sanh Chau: Your President will address the national assembly and he will be the first Indian dignitary to do so. He will be second head of state in the world to do so which means our relations have grown since we established contact 46 years ago. Vietnam wants to treat the Indian president as a special guest in order to express our sincere gratitude to Indian leaders and friends for their support to our country during the national struggle and national independence and reunification

WION: How do you see India ASEAN ties. Indian PM was in S\singapore for an informal meet. How can ties help in economics?

Pham Sanh Chau: Vietnam is pleased to be the coordinator for ASEAN and India over past three years. With the support and efforts of Vietnam, we have been able to make the 10 head of ASEAN leaders present at the republic day parade earlier this year. We continue to push for stronger cooperation between India and Vietnam because we believe that cooperation will serve for the interest of the region and each and every ASEAN members.