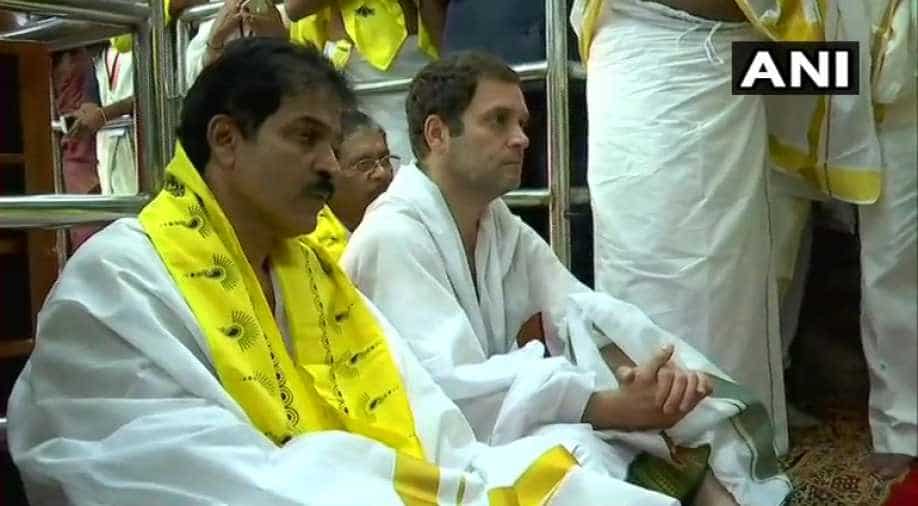 Today, on our #JanaAashirwadaYatre, I will inaugurate the Rajiv Gandhi Political Institute and address meetings in Udupi and Mangalore.

Later in the evening I will pray at the Gokarnanatheshwara Temple and also visit the Rosario Church and the Ullal Dargah in Mangalore. pic.twitter.com/xaiha0vedu

With the Karnataka going to polls in April-May, the Congress President is expected to continue with his visit to several religious places.

On the first day of his election campaign in Karnataka,  Gandhi had visited the Goddess Huligamma temple and Gavi Siddheshwara Mutt in Koppal.

During the Gujarat assembly elections, Gandhi visited about 25 temples in the state, inviting criticism of "soft Hindutva" from the opposition.