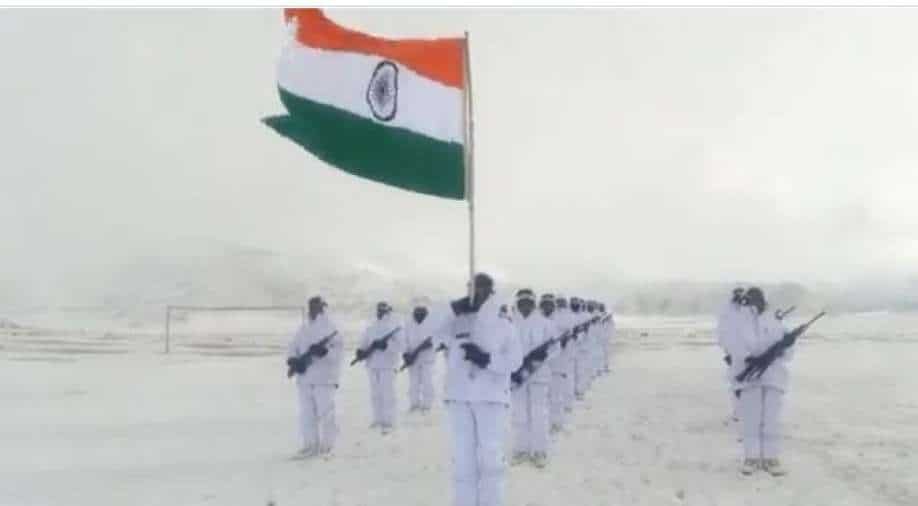 India will be showcasing its military might at the Rajpath today on Republic Day with tanks, Dhanush howitzers, electronic warfare system and six marching contingents of the Indian Army.

As India celebrates its 73rd Republic Day on Wednesday, bravehearts from Indo-Tibetan Border Police (ITBP) celebrated the historic day at 15,000 feet in -35 degree celsius temperature at the Ladakh border along the Line of Actual Control(LAC).

India will be showcasing its military might at the Rajpath today with tanks, Dhanush howitzers, electronic warfare system and six marching contingents of the Indian Army including the Rajput Regiment and Assam Regiment and 17 military bands.

At the end of the parade, 75 Indian Air Force(IAF) jets including helicopters will take part in the flypast to conclude the ceremony.

India's Indo-Tibetan Border Police have played a pivotal role in guarding India's border along the LAC amid tensions with China since May 2020.

On the eve of India's Republic Day, eighteen ITBP personnel were decorated with police service medals including gallantry awards for their distinguished service to the nation.