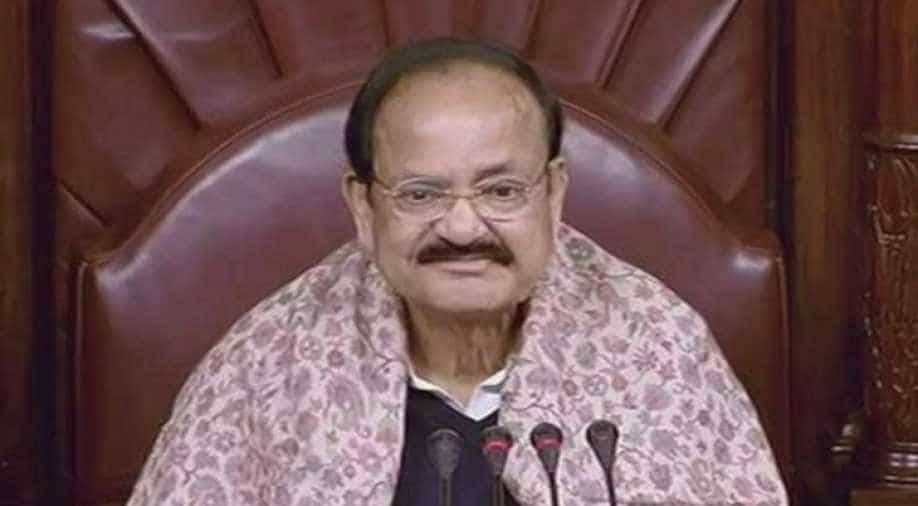 "On examination, prima facie there is an issue of privilege," Naidu said while referring the privilege notice to the Lok Sabha speaker.

Senior BJP MP Bhupendra Yadav had raised an issue of breach of privilege last month against the Congress President.

In his notice, Yadav had said that Gandhi twisted the spelling of Jaitley’s surname to 'Jaitlie' and it was highly derogatory.

"Dear Mr Jaitlie - thank you for reminding India that our PM never means what he says or says what he means. #BJPLies," Rahul Gandhi had said while putting out a video of the prime minister's speech against his predecessor and Jaitley s remarks made in Rajya Sabha.

According to reports, the Rajya Sabha chairperson's office said that the “the breach of privilege stands on the grounds that it imputed motives to the intent, character and conduct of the Leader of the House Arun Jaitley by the way the spelling of Mr. Jaitley has been twisted (it was spelt as Jaitlie in Mr. Gandhi’s tweets).”

The BJP member said the Congress President had "deliberately twisted" the spelling of Jaitley's surname to 'Jaitlie', which was "highly derogatory".

The Congress president, Yadav said, has deliberately misinterpreted the proceedings of Rajya Sabha in order to "malign the government, which constitutes an affront to the dignity of the House".

He also alleged that it is a deliberate attempt at vitiating the political atmosphere of the country.

Sources further said that the matter was likely to be referred to the privilege committee.