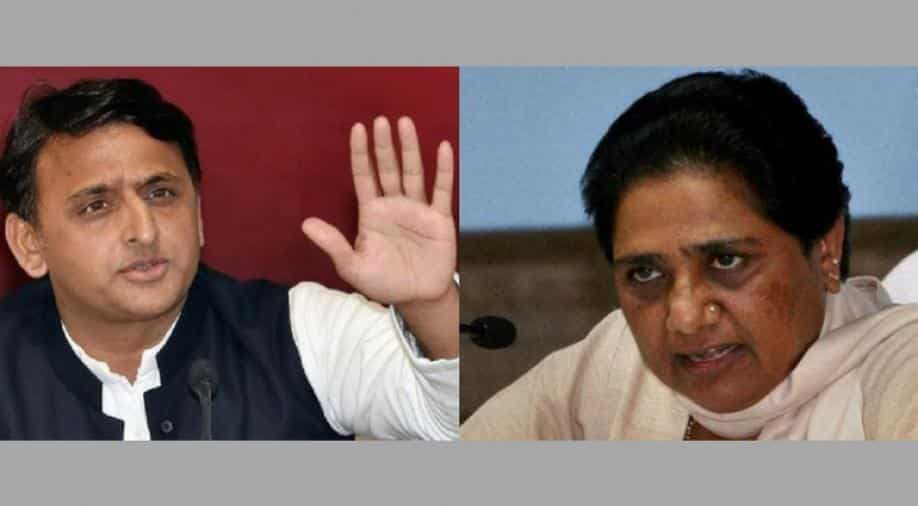 The outcome of Karnataka assembly polls has underlined the need for the opposition parties in Uttar Pradesh to prevent a split in the anti-BJP vote in the 2019 Lok Sabha polls, party leaders said.

Opposition parties like the Samajwadi Party, the Bahujan Samaj Party and the Congress argue that it was a division in the anti-BJP vote that allowed the saffron party to emerge as the single largest party in Karnataka.

"There is a strong need to chalk out a strategy to ensure that the anti-BJP votes do not get divided to give it (BJP) any advantage in the coming elections," SP spokesman Rajendra Chaudhary told PTI here.

Elections now have to be fought strategically, he said.

That success can be achieved through unity has been proved very well in Gorakhpur and Phoolpur, where the SP wrested the seats from the ruling Bharatiya Janata Party with the help of the BSP, Chaudhary said.

Airing similar views, Congress spokesman Dwijendra Tripathi said going by the Karnataka results, it has become all the more important to go to the polls unitedly to not only win elections but also to save the constitutional bodies.

"What is most important today is to keep the BJP out of power and save the Constitution," Tripathi said.

While reacting to the Karnataka results, BSP president Mayawati said the Congress should not repeat the mistake it committed while campaigning in Muslim-dominated areas, terming the Janata Dal (Secular) as the 'B-team' of the BJP.

This, she suggested, had helped the BJP win those seats.

"It is my suggestion to the Congress not to use such language in the future which could help the BJP and the RSS in future elections," Mayawati had said.

Rashtriya Lok Dal spokesman Anil Dubey said his party was always of the opinion that all like-minded non-BJP parties should come on one platform to stop the BJP.

"The lesson to learn from the Karnataka election is that only a collective opposition can check the BJP and the past record proves this point," Ramesh Dixit, political analyst and former head of the political science department at Lucknow University, said.

In the context of the coming Lok Sabha elections, he suggested it was for the Congress - with its pan-India reach and the ambition to form government in Delhi - to reach out to the smaller parties with a strong base in different parts of the country.

The Congress has to learn from the BJP how it entered into an alliance with the Suheldev Bharatiya Samaj Party and the Apna Dal for the UP assembly polls despite its government being comfortably placed at the Centre, Dixit said.

Leaders who urge opposition unity draw attention to the past two elections in UP where the BJP won convincing victories even though the collective vote share of the non-BJP parties was bigger.

In the last assembly polls in Uttar Pradesh in 2017, the saffron party posted a landslide victory bagging 325 of the 403 seats, with a vote share of 41.35 per cent.

In the 2014 Lok Sabha election, BJP won 71 out of 80 seats with its alliance partner the Apna Dal getting two more, beating the opposition parties hands down. The BJP got 42.63 per cent votes and the Apna Dal 1.01 per cent.