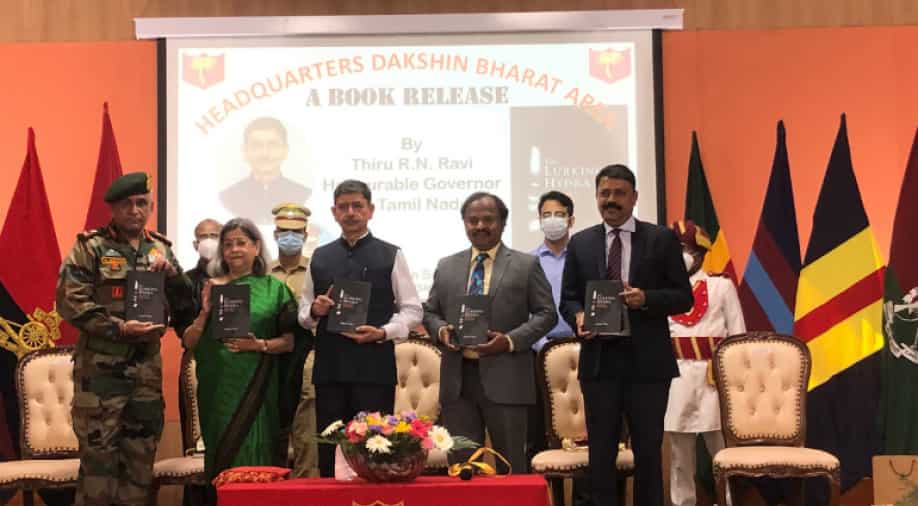 Specifically referring to the Popular front of India, Governor Ravi said that the organisation was behind the Indian nationals who had joined terrorist movements in Syria (Islamic State) and in Afghanistan

Expressing confidence about the strategic vision of the Government of India, Tamil Nadu Governor RN Ravi said that there has been a clarity and determination in the manner in which India has been dealing with the country's internal and external threats.

However, he also raised alarm over the emergence of new adversaries and the future threat of civil unrest that could be fomented by extremist Islamic Organisations such as the Popular Front of India. "Using violence as a political resource is an act of Terrorism. PFI's whole aim is to destabilize this country" RN Ravi, the former Senior Intelligence Official, who now serves as Tamil Nadu Governor, said. He was speaking during the launch of a book "The Lurking Hydra: South Asia's Terror Travail" authored by Indian Army Lt General (Late) Subroto Mitra.

Specifically referring to the Popular front of India, Governor Ravi said that the organisation was behind the Indian nationals who had joined terrorist movements in Syria(Islamic State) and in Afghanistan. "PFI is a hydra-headed monster with many fronts and it masquerades its operations under the cover of student groups, human rights, political parties etc." he said, condemning the political parties that were backing PFI.

Recalling the use of extremist religious movements and rampant religious conversions in order to foment unrest, Ravi made a mention of how American and British intelligence agencies spread Christianity and radical Islam in South Asia, to meet their political and strategic objectives. Elaborating on this, he spoke about India's post-independence period, when India's world-view was not viewed favourably by America and Britain. He touched upon how Britishers and Americans had fomented trouble in India's North East and instigated the Naga people, by using the American Baptist Church and Anglican Church, evangelical efforts.

"To contain spread of revolutionary Communism(Chinese influence) in India's North East and upwards of Burma(now Myanmar), Western powers wanted to create a Christian territory. On the Western Front(Afghanistan), they tried the same with radical Islam, to counter Russian Communism" Ravi recalled. He also acknowledged that Terrorism in India has been inspired, instigated and abetted by Foreign sources. Many countries have played this bloody game on India, he added.

Lauding Lt Gen (Late) Subroto Mitra, the Governor said that the former's book is a valuable addition to the scholarly work on terrorism and counter-terrorism. "Gen Mitra was more than a soldier who defended the country from enemies within and outside, he was intellectually sharp and had an inquisitive mind that allowed him to get to the depths of an issue" he added.

Lt General A. Arun, who serves as General Officer Commanding Dakshin Bharat Area said that Lt Gen(Late) Subroto Mitra had submitted his thesis and research work before the Madras University in Chennai. However, he had passed away before he could defend his work. It is that research work of his, which has been put together and released as a book, Arun said. "For the first time in the history of the Madras University, a PhD is being awarded Posthumously. His book examines terror and terrorism in the South Asian context and traces the path to its logical conclusion" he added. Speaking on the occasion of the Book launch, the Late General's family expressed happiness over the Governor and Indian Army officials being present during the launch and called it a very memorable occasion.