US will have no choice but to abandon maximum pressure after presidential elections: Iran to India 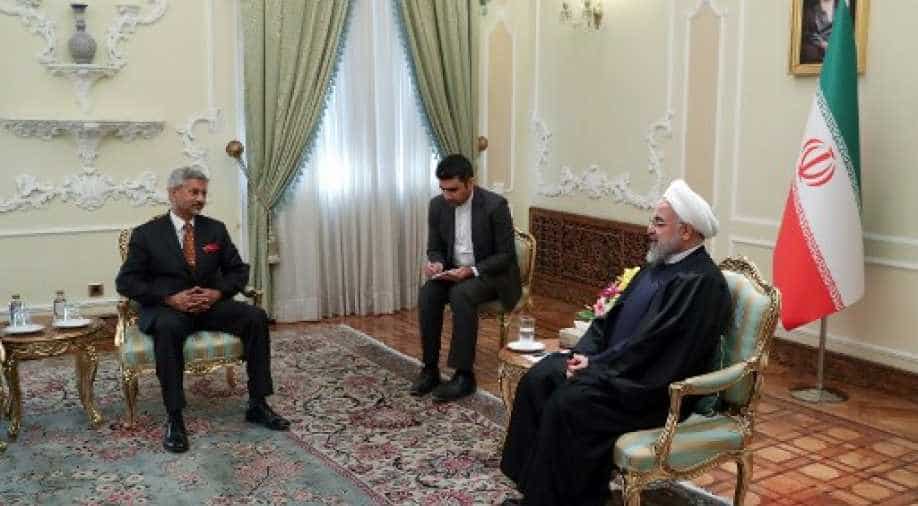 Iran shared the proposed Hormuz Peace Endeavour Initiative with India which aims to provide free maritime navigation in the Strait of Hormuz.

Iran's President Hassan Rouhani has told India's external affairs minister S Jaishankar that Washington's sanctions on the west Asian country are "transient" and the country will "have no choice but to abandon maximum pressure on Iran before or after its presidential elections”.

In a meeting on Monday in Tehran, Hassan Rouhani said despite the "current conditions that the US is imposing unilateral sanctions against other nations", India and Iran "have to attempt to maintain good relations and cooperation".

Iran also shared the proposed Hormuz Peace Endeavour (HOPE) Initiative which aims to provide free maritime navigation in the Strait of Hormuz. The idea was shared by the Iranian President from the annual United General Assembly meeting in September.

Chabahar remained the main focus of the meeting, President Rouhani said, "Finalising the Chabahar-Zahedan Railway and connecting it to the nationwide railway system can develop trade in the region."

Earlier, Iran President Rouhani met Jaishankar which lasted for half an hour. During the meet, EAM delivered greetings of PM Modi and called for developing relations between Iranian and Indian banks.

India plans to build a railway network from Zahedan, which is a border city of Iran and Afghanistan and connect it to Chabahar and which will help in the transportation of goods from Afghanistan to the port.

Both the countries have agreed to speed up the Chabahar project with externtal affairs minister S Jaishankar saying, "cooperation between the two countries in Chabahar region has a very good pace and we should accelerate the implementation of projects."

The operation of the Shaheed Beheshti Port at Chabahar was taken over by India Ports Global Co last December and since then over 5 lakh tons of cargo has been handled which includes exports from Afghanistan which began in February.

In a meet last week, India, Afghanistan and Iran agreed to include Mormugoa and New Mangalore port from India in the designated route under the Chabahar Agreement.

On Sunday, the 19th India-Iran joint commission meeting took place and was chaired by extrnal affairs minister Jaishankar and his counterpart Iran's foreign minister Javad Zarif. During the meet, the issue of state sponsorship of terror came up.

Without taking the name of Pakistan, a ministry of external affairs release said, "Both sides shared concerns at the grave threat posed by terrorism and called for an immediate end to all support to terror sanctuaries. They agreed that state aid, abetment and support to terrorism should be condemned."

This is the fourth meeting between external affairs minister Jaishankar and foreign minister Zarif. They had earlier met in Dushanbe, New York and Baku on the sidelines of multilateral events. They will next meet in January in Delhi during Iran FM's India visit.  Next year marks 70 years of ties between the two countries.