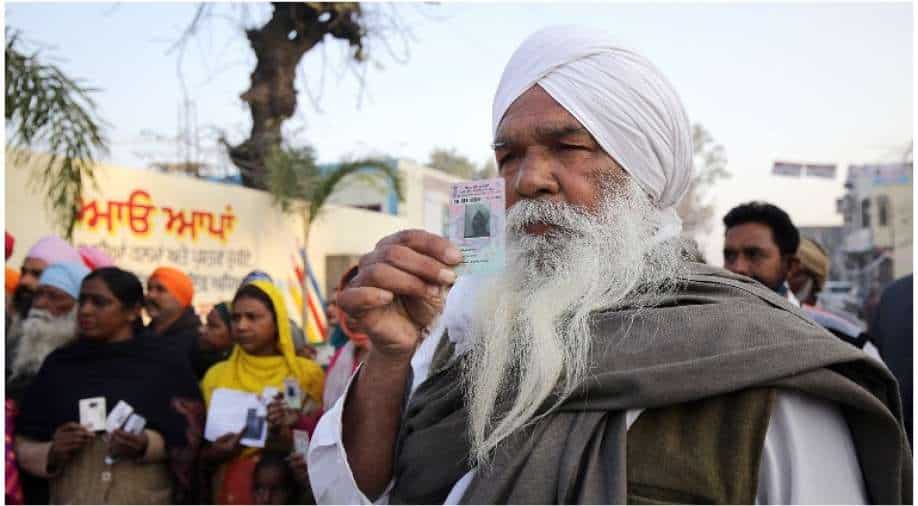 A voter show his voter-ID card while waiting to cast his vote for the Punjab Assembly elections, in Amritsar on February 20, 2022 Photograph:( ANI )

Political fate of heavyweights is getting sealed in voting machines

As many as 627 candidates are in the fray. Over 2.16 crore voters are eligible to exercise their franchise at 25,794 polling places and 15,557 polling stations in the third phase of Assembly elections.

There are 2,14,99,804 voters in Punjab who are eligible to exercise their franchise on Sunday. He said that there are 1304 candidates--1209 male, 93 women and two transgenders are in the fray in 117 constituencies spread across 23 districts of the state.The state is witnessing a multi-corner contest this time with Congress, Aam Aadmi Party (AAP), Shiromani Akali Dal-Bahujan Samaj Party alliance, and the coalition of Bharatiya Janata Party-former chief minister Amarinder Singh`s Punjab Lok Congress party as key players.The counting of votes will be done on March 10.