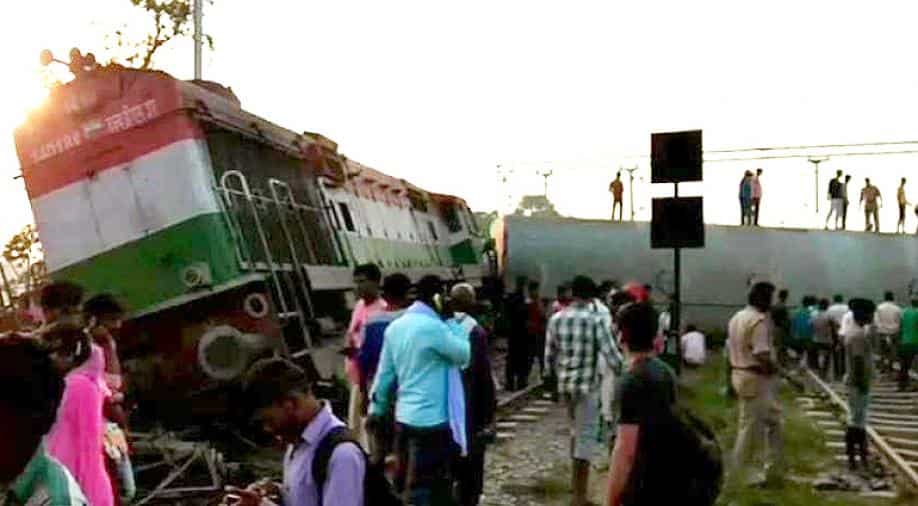 Six people are dead and 20 have been injured after the New Farakka Express train derailed near Harchandpur in Uttar Pradesh's Raebareli district.

ANI reported that six coaches of the train ran off the tracks 50 metres from Harchandpur railway station. The accident took place at about 6.05 am Wednesday morning.

The train was headed to New Delhi from Malda town in West Bengal.

The injured have been taken to hospital. There are fears though that the number of fatalities may rise.

All train lines passing through the accident site have been blocked.

ANI added that UP Chief Minister Yogi Adityanath has taken cognisance of the accident and has directed the Harchandpur DM, SP, health authorities and NDRF to provide "all possible relief".

CM Yogi Adityanath has taken cognisance of the train accident 50 m from Harchandpur railway station. He has directed the DM, SP, health authorities and NDRF to provide all possible relief and rescue. https://t.co/YRVTNQTqNw

Emergency helpline numbers meanwhile have been set up at Deen Dayal Upadhyay Junction (what used to be Mughalsarai Junction) in UP and at Patna railway station in Bihar.