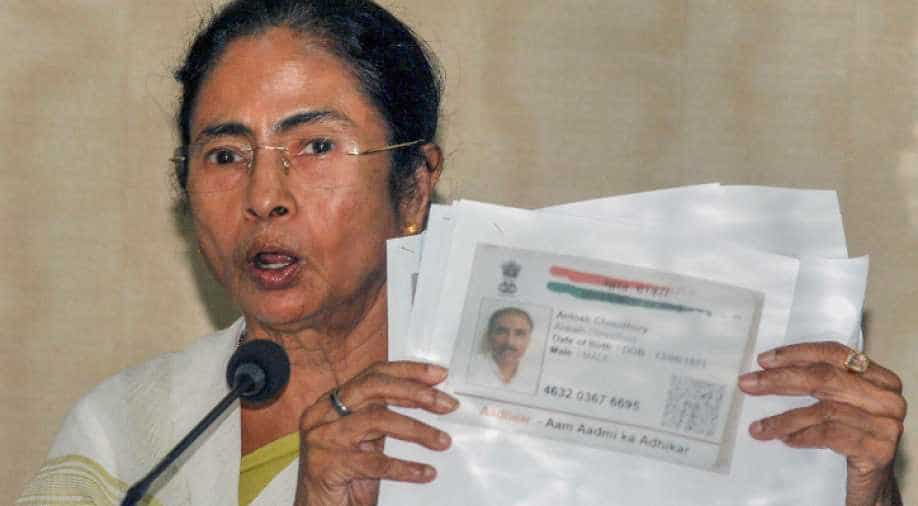 The Trinamool Congress is planning to move a privilege motion in Lok Sabha tomorrow against the detention of its members of parliament in Silchar in Assam on Thursday.

The TMC delegation consisting six members of Parliament, one MLA and one minister from West Bengal government had left for Silchar to interact with people left out of the complete draft of the National Register of Citizens (NRC) published on Monday.

The TMC has launched a strong protest against the draft NRC inside and outside Parliament.

The members of the delegation have alleged that they were stopped at the Silchar airport and confined "unlawfully".

"As soon as we landed in Silchar hundreds of state policemen led by commissioner and deputy commissioner surrounded us and confined us illegally and unlawfully in a room. They have even manhandled many of us. This is super emergency here," TMC lawmaker Kakoli Ghosh Dastidar told.

The matter was also raised inside Lok Sabha by party leader Saugata Roy, who said Assam is not out of the country and how Assam government could stop members of Parliament from entering Assam. "I said I will raise the privilege motion against the Assam government," Roy said.

Trinamool Congress chief Mamata Banerjee also lashed out at BJP after Trinamool Congress delegation was stopped at Silchar airport while they were on their way to Assam in connection with National Register of Citizens (NRC) issue.

These atrocities being done, aren't only being condemned, I think this is beginning of the end. They are frustrated, they are political tensed & depressed. And that's why they are showing muscle power: Mamata Banerjee on TMC MP&MLA delegation detained at Silchar airport.#NRCAssam pic.twitter.com/geWCsLxMg8

''These atrocities aren't only being condemned, I think this is beginning of the end,''

The BJP is frustrated and they are political tensed and depressed and that's why they are showing muscle power,'' she further said.

She also condemned West Bengal BJP for demanding NRC in the state.

Who are they? What significance do they have in West Bengal? Nobody knows them. They are just some hooligans. Their existence itself is in question & they will implement NRC here? I will see how they intervene: Mamata Banerjee on West Bengal BJP leaders demanding NRC in the state pic.twitter.com/S4mpTNmJI7

Launching a scathing attack on the BJP and its government in the state, TMC lawmaker Derek O'Brien said the delegation was stopped even though the members decided to go and meet the people left out of NRC in groups of two. They were stopped and "beaten up", he alleged.