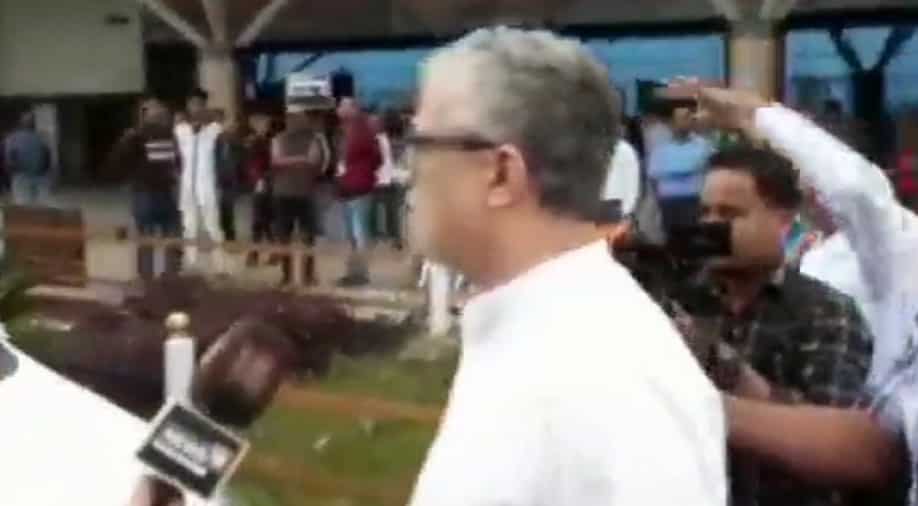 A four-member Trinamool Congress delegation arrived in Assam on Sunday morning and headed to Kheronibari village in Tinsukia district to meet the family members of the five people killed by suspected militants.

"This is a humanitarian visit. This is a visit to stand with the grieving families. We hope to reach Tinsukia in about two hours and spend some time with the families," O'Brien told reporters outside the airport here.

Unidentified gunmen in battle fatigue shot dead five individuals, including three members of a family, near the village in the district on Thursday night.

Strongly condemning the incident, the senior TMC leader said, "What has happened is a dastardly killing of the most deprived and poorest Indian citizens... They have been murdered in cold blood."

On Friday, West Bengal Chief Minister Mamata Banerjee expressed anguish over the killings and said an "environment of violence" was prevailing in the country.

A TMC delegation of six MPs had gone to Silchar on August 2 to assess the situation in Assam in the wake of the publication of the complete draft of the National Register of Citizens (NRC) on July 30, but was stopped at the airport.

They were not allowed to leave the airport and were sent back the next day.