This Ladakh village celebrates mortality with 'festival of death' 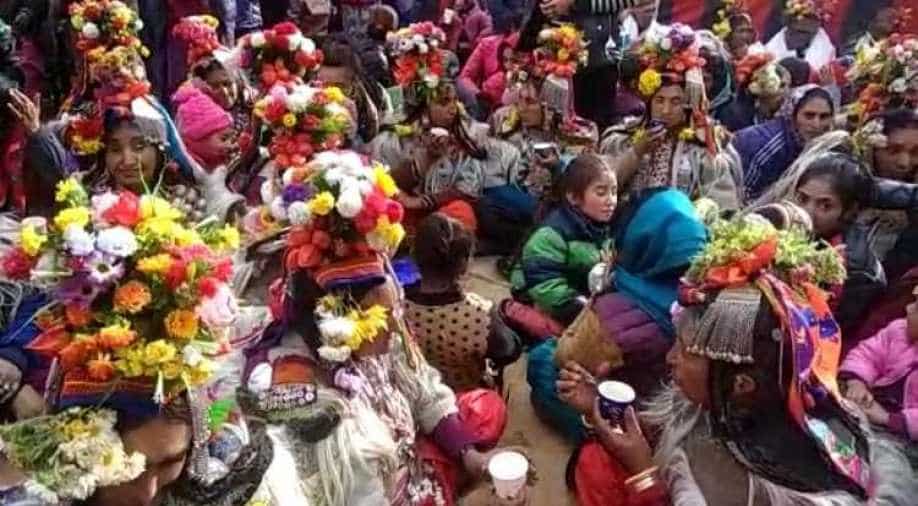 About 70 kilometres from Kargil near Baralik sector a two-day long festival of death was celebrated by the local Aryans living in this Darchik village.

People celebrate birthdays but ever heard of anyone celebrating mortality? A village of Aryans in Jammu and Kashmir's Ladakh region called Brokpa does exactly that. The 'Yata Festival' as it is called was celebrated after a period of fifty years.

About 70 kilometres from Kargil near Baralik sector a two-day long festival of death was celebrated by the local Aryans living in this Darchik village.

The unique festival is celebrated for the elderly of this tribe who are on the verge of death and are above 60 years of age. Passing on through generations, the festival is locally known as 'Yata'.

Elderly of the tribe invite the people of the village before they die to enjoy the dance and eat traditional food.

''We call everyone to this village. The elderly men and women are brought here and it becomes a sort of anniversary for them,'' said one of the villages.

Dressed in traditional clothes, the entire village gathered to wish the elderly people who were presented with special butter made from yak milk.

''We make a lot of dishes and locally we call it Yata. We invite everyone from villages to see this and enjoy the meal,'' said another villager.

These four villagers of Aryans live on the northern bank of Indus on the road to Baltistan and claim to be the direct descendants from the Alexander’s Army.

It is reported that some of Alexander’s Armymen stayed back after he abandoned his campaign at the banks of river Indus in 326 BC. The tribe is also found in Pakistan occupied Kashmir and other parts.