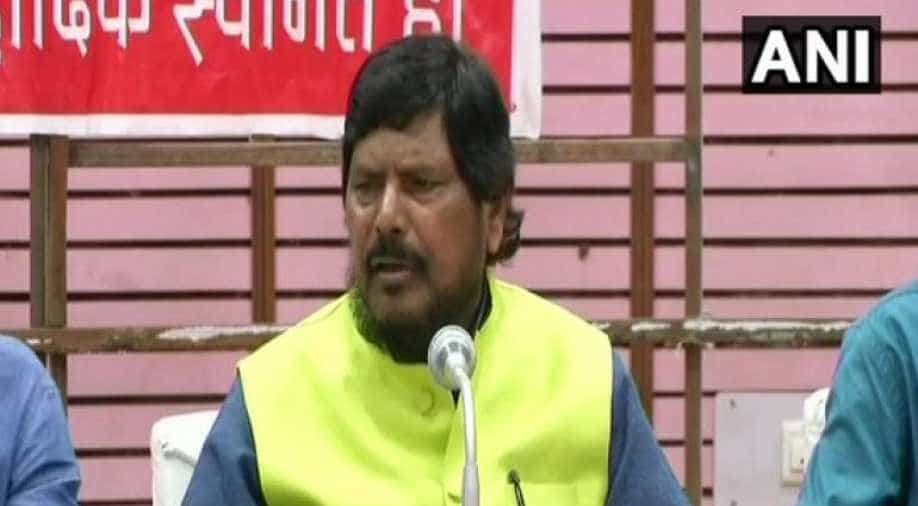 The motive behind the attack is not known though the youth is said to be an activist of Republican Party of India, headed by Athawale, and which is a constituent of the ruling NDA.

Union minister Ramdas Athawale Sunday blamed police for an incident in which a man tried to slap him at a public event in Maharashtra’s Thane district claiming it had failed to provide him adequate security.
Advertising

The Republican Party of India (Athawale) chief was in Ambernath town to address a rally late Saturday when Pravin Gosavi (30) tried to slap him.

In a statement issued Sunday morning, Athawale said, “Police did not provide sufficient protection, that helped the assailant to target me. My popularity is growing and it may have resulted in a jealous person charging against me. I am going to meet chief minister of Maharashtra regarding the same.”

Athawale had just got off the dais after delivering a speech on the Constitution when the incident happened at around 10.15 pm Saturday.

Thane: Union Minister Ramdas Athawale slapped by a person at an event in Ambernath. The person identified as Pravin Gosavi was thrashed by the crowd subsequently and later detained by the police. Gosavi is being treated at a nearby hospital. #Maharashtra pic.twitter.com/AmKsqBLkEP

The minister of state for social justice and empowerment was not harmed as the bystanders and police managed to foil Gosavi’s attempt to assault him, an officer said.

Mumbai: Republican Party of India(A) members gather in front of Ramdas Athawale's residence after he was slapped by a person at an event in Thane; RPI leader says, "It was a pre-planned attack. Mastermind should be nabbed. We've called for a Maharashtra Bandh for tomorrow(9 Dec)" pic.twitter.com/UpLgmtwm1a

Athawale Sunday morning asked his party workers to maintain peace in the wake of the incident.

The local RPI (A) unit has called for a shutdown in Ambernath on Sunday as a mark of protest.

An officer said the situation in the town was calm and under control, with a large posse of police personnel out on the streets to keep vigil. No untoward incident has been reported since morning, the officer added.