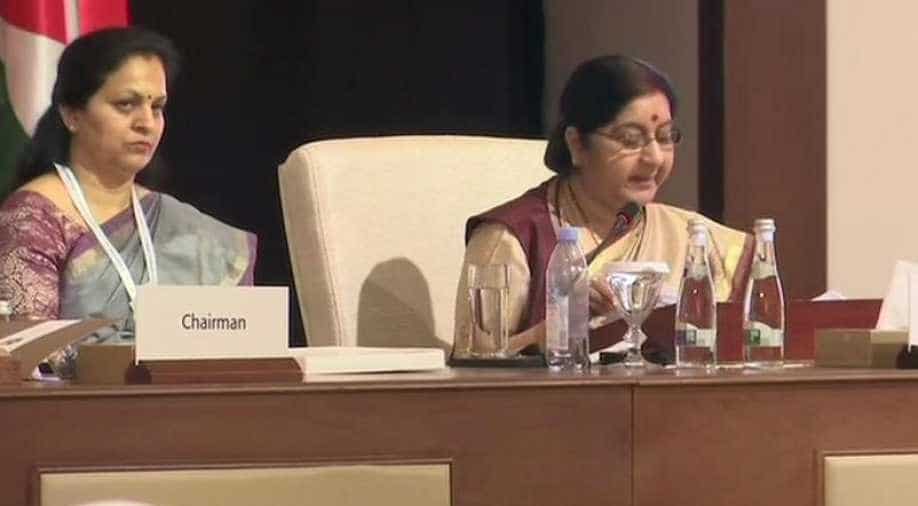 The Pakistan's chair was empty as Swaraj delivered her address at the inauguration of the two-day meeting.

External Affairs Minister raised the issue of terrorism at the Organisation of Islamic Cooperation (OIC) gathering on Friday amid Indo-Pak tensions following the Pulwama terror attack.

"Terrorism is destroying lives, destabilising regions and putting the world at great peril. Terror reach is growing and the toll it is taking is increasing," Swaraj said.

"Terrorism in each case is driven by distortion of religion. Fight against terror is not a confrontation against any religion. Just as Islam means peace, none of the 99 names of Allah mean violence. Similarly every religion stands for peace," she added while addressing the IOC as a guest of honour.

The Pakistan's chair was empty as Swaraj delivered her address at the inauguration of the two-day meeting.

It is for the first time that India has been invited to a meeting of the OIC, an influential grouping of 57 Islamic countries, as the guest of honour.

Pakistan, a member of the OIC, tried to get Swaraj 'disinvited' from the Abu Dhabi meet following India's air strike on the terror camp in Pakistan.

Pakistan Foreign Minister Shah Mehmood Qureshi said he will not attend the meeting over the grouping's failure to rescind invitation to Swaraj.

The OIC had disinvited India from its conference in 1969 in Morocco at Pakistan's behest. The OIC has usually been supportive of Pakistan and often sided with Islamabad on the Kashmir issue.