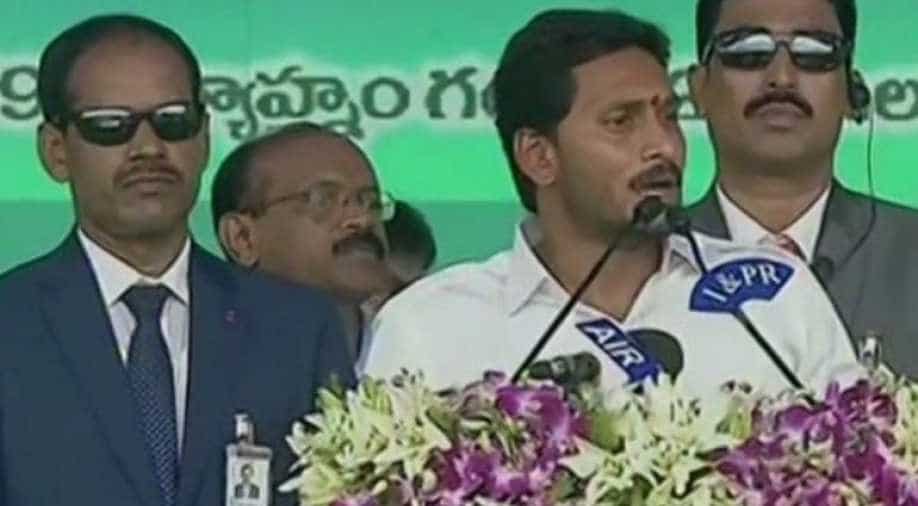 For the first time reverse tendering will be adopted in the Polavaram project.

"Chandrababu Naidu is misusing Assembly for his own selfish motives. The scams of TDP government will be exposed soon and they will be placed before the public," he said speaking in the House.

Responding to the ruckus created by the TDP MLAs over Polavaram issue, Reddy said, "Why TDP members are creating nuisance on Polavaram? Irrigation minister has been giving an explanation on this matter for the past three days. The government has constituted an experts committee to find out the misappropriations that took place in the construction of Polavaram project."

"Recently I have visited the project site and the work is stalled only due to the earlier government`s mismanagement. They did not complete the spillway works, later they started cofferdam which too they did not complete. With cofferdam, the width of river Godavari is reduced by 70 per cent. Now the flood water has to go through the remaining small area," he added.

Informing the assembly about his government's further steps, Reddy said that it is flood season from June to October in river Godavari and so Polavaram project works will start from November one.

For the first time reverse tendering will be adopted in the Polavaram project.

"The earlier TDP government had given contracts to those close to their party in the name of subcontracts. There are many scams in Polavaram construction. The then government has released mobilization advances to the tune of Rs 724 crores to Navayuga company, without completing any works," he further added.

"The previous government had brought contractors of their choice by nomination. A close relative of the then finance minister is also working as a subcontractor. This project is overflowing with scams. Within 15 days we will get all details of how much money are siphoned off," he said.

Reddy said that their government aims to supply water from the project by June 2021.

The work will be given to those who bid low, he added. According to the officials, if rebidding is done, 15 to 20 per cent of the amount can be saved in the work worth Rs 6500 crores.

Irrigation Minister Anil Kumar alleged that the previous TDP government did not do anything regarding the construction of Polavaram project.

"It somewhat focused on the construction of the project in last two years only and only 3,900 families were given rehabilitation out of more than 1 lakh families," he further added.

TDP MLA G Buchaiah Chowdary, while responding to the allegations, said that it was their government which actually worked on the construction of the project.

During the discussion on Polavaram project, TDP MLAs started the slogan shouting. They created a ruckus throughout the question hour with slogans like 'We want justice'.

The sloganeering continued even during zero hour. Meanwhile, the speaker rejected an amendment motion introduced by TDP regarding Amaravati capital construction.

165 Ecstasy pills from Netherlands seized in Chennai; worth USD6779