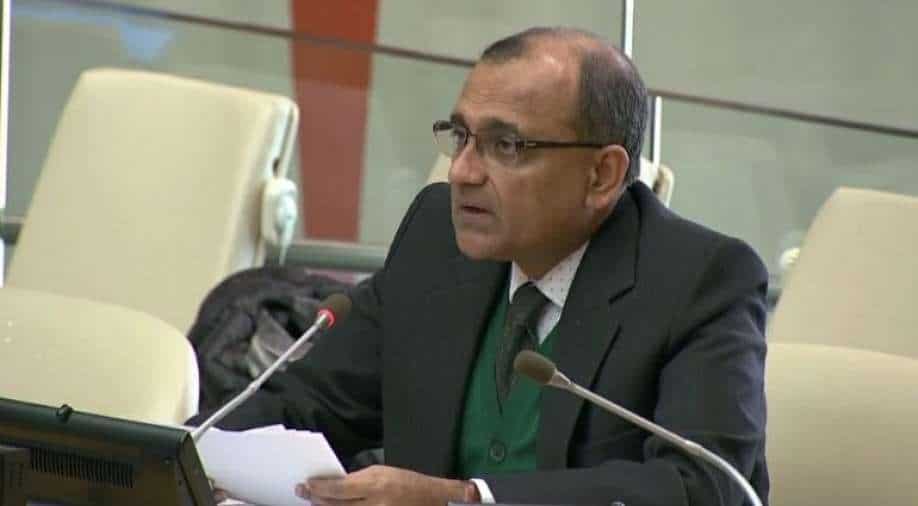 The Counter-Terrorism Committee (CTC) was established by Security Council resolution 1373 (2001), which was adopted unanimously on 28 September 2001 in the aftermath of the 9/11 terrorist attacks in the United States

The chair of the United Nations Security Council's counter-terror committee Ambassador T S Tirumurti has expressed concerns over links between Taliban, Al Qaida, and Pakistan-based terror groups such as Lashkar e-Tayyiba and Jaish-e-Mohammed.

Speaking at a meet of the committee in his capacity as the chair, Ambassador T S Tirumurti said, "The linkages between the Taliban, Al-Qaida, and terrorist entities proscribed by the Security Council, such as Lashkar e-Tayyiba and Jaish-e-Mohammed, are a further source of concern", highlighting, " serious concern remains that Afghanistan may become a safe haven for Al Qaida and a number of terrorist groups in the region."

The Counter-Terrorism Committee (CTC) was established by Security Council resolution 1373 (2001), which was adopted unanimously on 28 September 2001 in the aftermath of the 9/11 terrorist attacks in the United States. The Committee is made up of all 15 Security Council members.  Speaking on the " consequential change" in Afghanistan in August 2021, the chair said, "the Taliban’s rise to power in Afghanistan poses a complex security threat outside the region" particularly in "parts of Africa, where terrorist groups may try to emulate the Taliban’s example."

Monday's meeting focused on South and southeast Asia and the chair statement explained that since "military defeat in the conflict zones of the Middle East" ISIL and Al-Qaida "have been seeking to establish a foothold in both South and South-East Asia."

The region has seen a number of major terror attacks which were mentioned during the address. These included the 2019 Colombo attacks, the 2019 Pulwama terror attack perpetrated by Jaish E Mohammed, the 2020 Gurudwara attack in Kabul by IS-Khorasan, 2021 Kabul airport attack. The Committee has held an informal meeting on community engagement to counter-terrorism in South and South-East Asia in June 2018.

Indian envoy to UN T. S. Tirumurti was appointed the chair of the key UNSC committee on January 13, 2022 for a period of one year. The committee is tasked with undertaking steps like criminalizing financing of terrorism, sharing information with governments planning terror acts, etc. During the address, he also raised the issue of "misuse of information and communications technologies (ICT)" and "use of drones for cross-border trafficking of arms, drugs and launching terror attacks" which remain an "issue of serious concern."

Tirumurti in the capacity of the Indian envoy to the UN also paid homage to the Indian security personnel who died in the Pulwama terror attack 3 years ago on February 14, 2019.