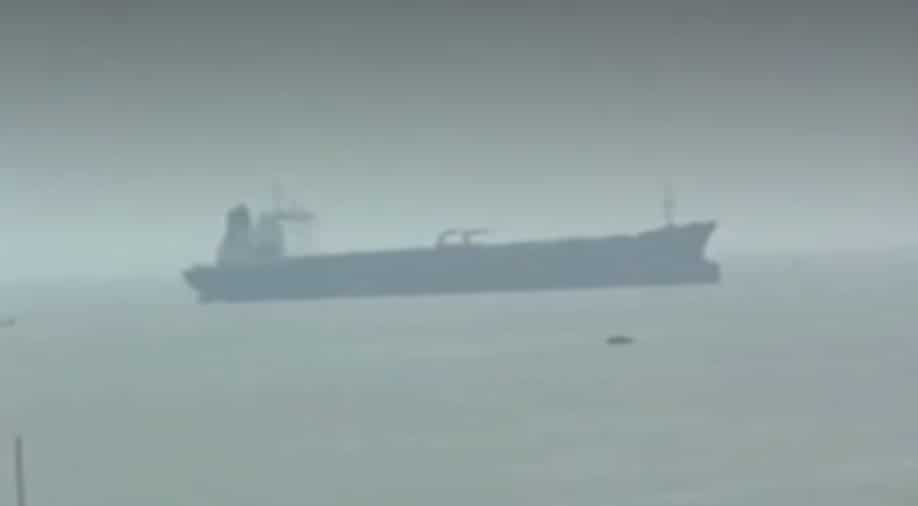 China ship bound for Pak at Kandla port Photograph:( Others )

The equipment, an autoclave, was being carried by a Chinese vessel 'Da Cui Yan' to Pakistan and was detained off the coast of Gujarat

India has asked China to take measures against entities that contribute to proliferation after New Delhi detained a Chinese vessel carrying an alleged dual-use technology equipment.

The equipment, an autoclave, was being carried by a Chinese vessel "Da Cui Yan" to Pakistan and was detained off the coast of Gujarat.

Ministry of external affairs spokesperson Raveesh Kumar said, the vessel had "mis-declared the item that is was carrying....we have conveyed our concerns on this issue to the Chinese side and have highlighted that as a friendly country the Chinese government will take appropriate measures to ensure that the Chinese entities do not engage in activities that can contribute to proliferation."

The autoclave, that can be used for manufacturing long-range ballistic missiles and is controlled under Indian dual-use export control lists. It has been ascertained by Indian authorities after examination that it has military applications.

Meanwhile, China has said it "fulfils its international non-proliferation obligations".

The spokesperson of the Chinese foreign ministry Lijian Zhao said: "The item is a heat treatment furnace..produced by a private company in China. This is in not a dual-use item under non-proliferation export control".