Opinion: Surgical strikes were conducted in the interest of national security, not for political mileage 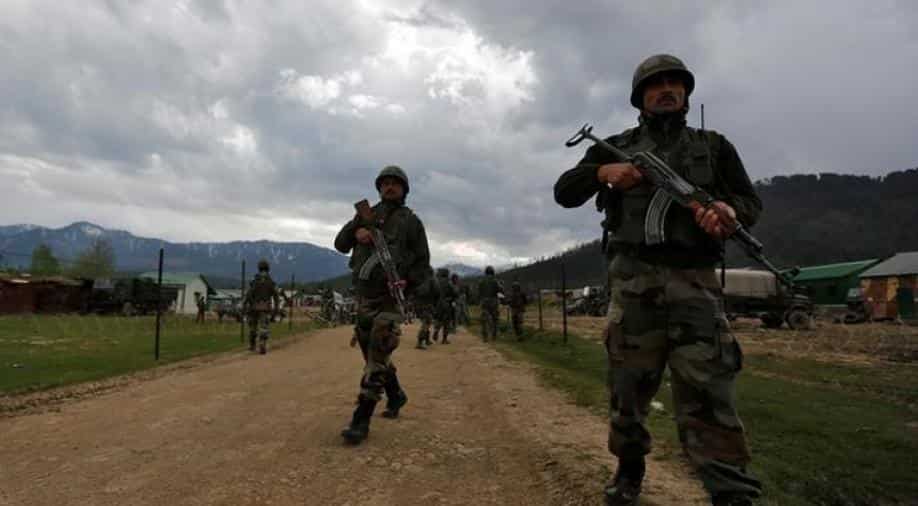 It’s time that all political parties put national interest above their political interest, and leave out security forces, surgical strikes and issues related to national security from their election campaign.

In September 2016, when the then DGMO Lt General Ranbir Sing informed the country about Indian Army launching surgical strikes against terror bases in Pakistan, it exhibited Indian resolve to cross a mental barrier in the form of ‘Line of Control’, under a nuclear hangover. The necessity was well established as Pakistan continued to launch a proxy war against India by infiltrating terrorists, targeting military camps and civilians, including attacks on families of security forces in Uri and Pathankot.

The soldiers, who executed it, would have never dreamt that their brave action can ever be made a subject of political gaming, in an era of vote bank politics by some irresponsible politicians.

How Damaging are the Controversies over Surgical Strikes?

Fresh controversies and war of words have erupted after a video footage of surgical strike recently surfaced. As a security analyst and an Indian, the details about surgical strikes given by DGMO of Indian Army on 29th September 2016, is the only official version of the event, which the nation needed to know. The rest is imaginations of motor mouth politicians, a section of media and people trying to grab the opportunity for getting limelight by displaying their vague knowledge of the event.

Some politicians chose to doubt the Armed Forces, which they know is the national instrument of last resort. They do not mind believing the terrorists for petty political gains ignoring the national interest. What DGMO had said is adequate information needed in public domain and any leakage of information beyond that is at the risk of lives of our brave officers and men, who may have to repeat such strikes, as Pakistan will continue to train and infiltrate terrorists into India, because a boiling Kashmir and manifestation of threat from India gives Pakistan Army the reins of power, irrespective of whichever elected Government is in saddle to show sham democracy there.

What did Surgical Strikes Achieve?

As a security analyst, I would comprehend that those who expected that one such strike can ever force Pakistan Army to mend its ways were totally off the mark from realities of warfare. This action besides demonstrating the firm intent of India to use national power gave an important strategic signalling. From the time Pakistan acquired tactical nukes, it was openly challenging that the moment Indian troops cross the Line of Control, it will respond with a tactical nuke, thus giving an impression that it can continue proxy war undeterred by the conventional superiority of India. India had to break this myth sometimes to prove that the space for conventional war exists. This was successfully done as India did enter Pakistani territory and Pakistan could not respond in a manner it advertised hence they had no choice but to go on denial mode.

This also gave an opportunity to test the water with global community especially China that if India does hot pursuit of militants, will it earn negative criticism? On both counts, it was reasonably evident that no one is likely to support Pakistan in nurturing militants. The FATF ruling of declaring Pakistan ‘Grey’ also suggests the same. It can thus be seen that a group of tactical operations executed together as the surgical strikes, opened up more strategic options for India in future, besides testing the water.

In J&K the larger part of Jammu and Ladakh continues to be peaceful but the militancy in Kashmir attracts all the political limelight giving a negative impression about J&K. When Kashmiri politicians talk of amnesty to stone pelters, they never criticise militants causing atrocities to civilians, protect separatists spitting venom against the country. It gives an impression that politicians are either terrorised and power hungry to an extent that they can sell off national interest. One month of the non-initiation of combat operations (NICO), despite good intentions, has not succeeded.

At the behest of Pakistan and separatists, a misinformation campaign is going on, giving an impression to the global community that the security forces might terrorise innocents during the Governor rule. The fact is that Indian security forces are the most tolerant force, which has never used heavy weapons against insurgents. They are well aware of legal provisions, trained to avoid collateral damages hence innocents have no reasons to worry. The silver lining is that Operation All Out is showing results with the elimination of LeT Divisional commander, and two other militants, followed by a few more. It will, however, need some more time for J&K to return to normalcy to switch back from the Governor rule to the democratically elected government to function.

What is the Way Out

Terrorism in Kashmir valley is cancer that requires surgery. It cannot be treated by homoeopathic treatment any more. It’s time that all political parties put national interest above their political interest, and leave out security forces, surgical strikes and issues related to national security from their election campaign.

A well thought, coherent, long-term, policy on Kashmir is needed because any wavering of stance can be construed as a weakness. ‘Operation All Out’ has to continue with full vigour. The NHRC, legal fraternity, motor mouth politicians, armchair tacticians and writers should weigh their actions against the need to preserve national security and have confidence in the security forces.

We need to do the capacity building of our defence forces, as we have been losing deterrence gradually due to inadequate attention over decades. Indian security forces need strike drones and modern surveillance equipment very urgently.

In a matured democracy like the US, no politician ever asked for a proof of Osama Bin Laden's killing or tried to know what CIA does. In France, after Paris attack, President clamped emergency and no one from the opposition, human rights organisation or legal fraternity questioned his decision. We also need to get together, synergise and support our Security Forces to overcome the ongoing conflict in Kashmir, and leave them out of vote bank politics.