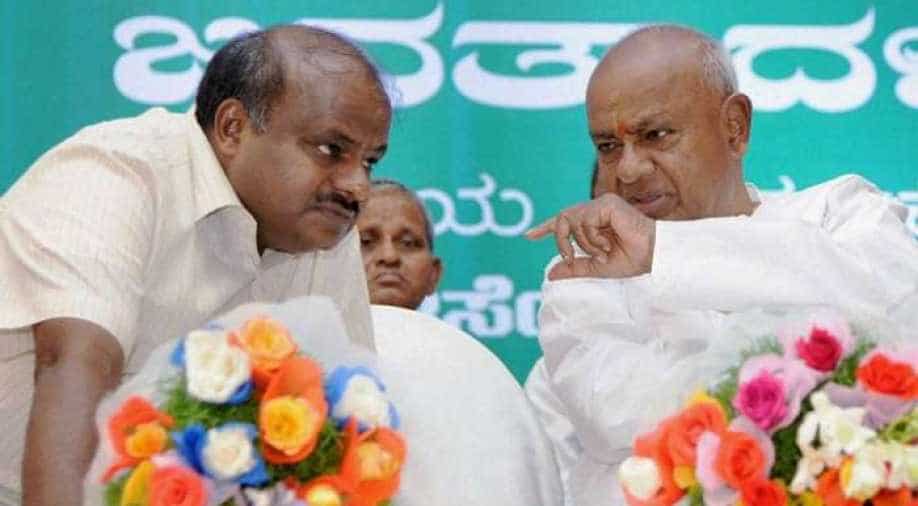 The top court will pronounce the verdict at 10.30am on Wednesday

Supreme Court on Tuesday reserved its order on 15 rebel Karnataka MLAs plea against Speaker K R Ramesh for not accepting their resignations.

The top court will pronounce the verdict at 10.30am on Wednesday.

A three-judge bench headed by Chief Justice Ranjan Gogoi and comprising Justices Aniruddha Bose and Deepak Gupta heard the submissions made by the counsels of both the petitioners and the respondents.

Senior counsel Mukul Rohatgi representing rebel MLAs said, "I don't want to be an MLA. Nobody can force me. My resignation must be accepted."

Rohatgi said the Speaker can't hold the resignations for so many days. "This is an attempt to scuttle their resignations. The Speaker is trying to make a decision on both the issues-resignation and disqualification-at the same time," he said.

Senior advocate Abhishek Manu Singhvi, who is representing Speaker, said that four of the MLAs who had resigned did not even present themselves before the Speaker."The rules are clear. The member of the House has to personally appear before the Speaker," he said, when asked by the CJI if the resignations were not genuine.

The Supreme Court on Friday directed Karnataka Speaker K R Ramesh to not to decide on the resignations or disqualifications of the MLAs till Tuesday.

Supreme Court's direction had come after ten Congress and JD(S) MLAs moved the top court, seeking a direction to the Speaker to accept their resignation and not proceed with the applications for their disqualification from the House.

On Monday, five other rebel MLAs approached the Supreme Court seeking direction to the speaker to accept their resignations at the earliest.

Meanwhile, the Kumaraswamy government will face the trust vote in Karnataka Assembly at 11am on Thursday.