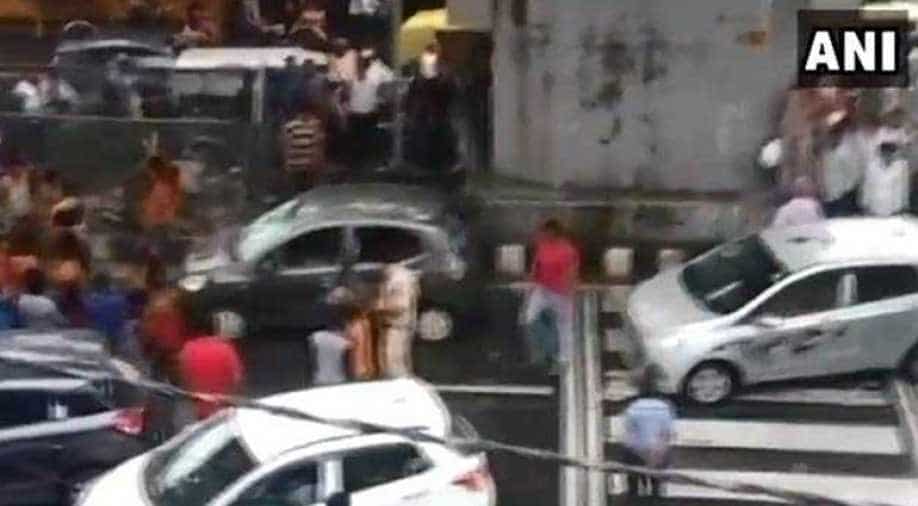 The Supreme Court told police on Friday to act against "kanwariyas" who vandalise &nbspproperty and take the law into their hands.

The kanwariyas have been all over the news after they attacked a car in Delhi on Tuesday. Photographs of the car, which lay overturned on the road by the end of the attack, were splashed all over the media.

#WATCH: A group of 'kanwariyas' vandalise a car in Delhi's Moti Nagar after it brushed past them while driving. The people in the car got off safely. No injuries were reported. Police says no formal complaint has been filed by the victims (07.08.2018) pic.twitter.com/rKc6VJMZnh

Video footage then emerged showing the kanwariyas attacking a police vehicle in Bulandhsahr, UP.

#WATCH: Kanwariyas vandalize police vehicle after an altercation with locals in Bulandshahr on 7th August, police have registered a case. pic.twitter.com/UaIcNU55RV

Footage has since also emerged of the kanwariyas attacking a car in Muzzafarnagar, again in UP.

wionews.com had reported on Thursday that senior Uttar Pradesh police and administration officials had been caught on camera showering rose petals on kanwariyas from a helicopter.

The kanwariyas are Shiva devotees who make pilgrimages each year to Haridwar, Gaumukh and Gangotri in Uttarakhand and Sultanganj in Bihar. Their emergence on the scene however has been linked to political reasons.

They are also a nuisance on the road and have picked up a massive reputation for violence.