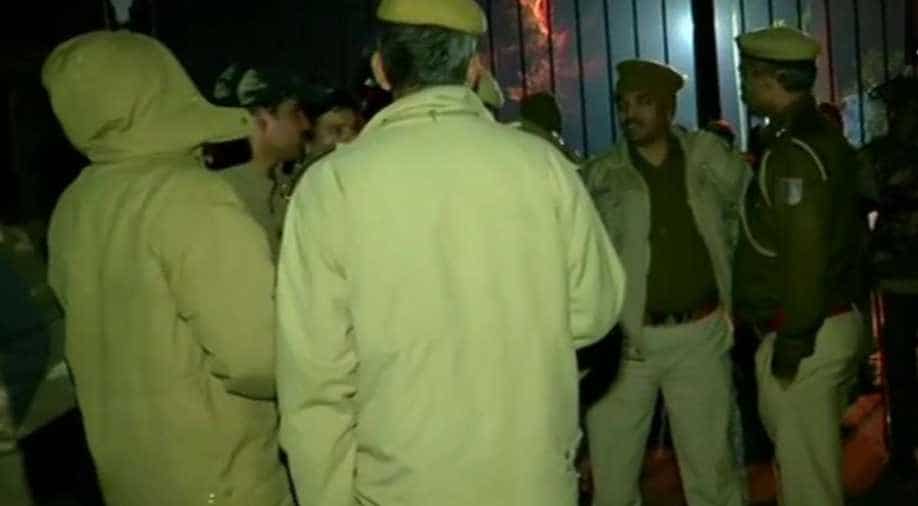 Security has been beefed up outside JNU following the incident.   Photograph:( ANI )

Earlier today a group of lawyers read out the preamble of the Constitution at the Supreme Court lawns.

The SCBA also condemned the "inaction" Delhi Police and called upon the authorities to act and ensure that the rule of law prevails.

On Sunday, a masked mob entered the varsity and attacked the students with sticks and rods in which more than 30 students were injured and taken to the AIIMS Trauma Centre.

Earlier today a group of lawyers read out the preamble of the Constitution at the Supreme Court lawns.

Several universities across the country, including West Bengal`s Jadavpur University and Uttar Pradesh`s Aligarh Muslim University (AMU), led demonstrations against the violence on Monday, and leaders across political lines have condemned the incident.