Student who fails in classroom boasts and challenges from outside: Sitharaman on Rahul Gandhi 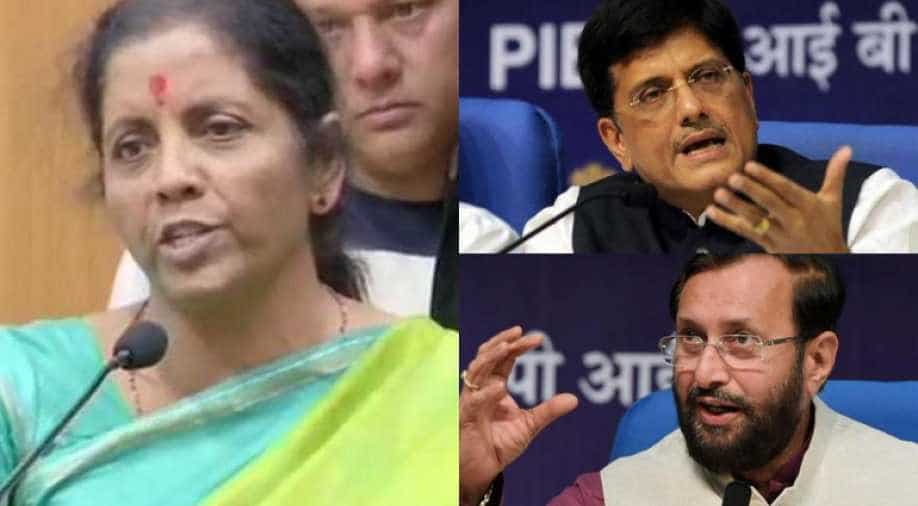 Sitharaman took a jibe at Congress president Rahul Gandhi for posing a list of questions to Prime Minister Narendra Modi on Twitter.

The Rafale debate is set to resume in the Parliament today with Defence Minister Nirmala Sitharaman expected to lead with the government's response on the matter.

Following a heated argument that unfolded in the Parliament over the controversial deal on Wednesday, Sitharaman took a jibe at Congress president Rahul Gandhi for posing a list of questions to Prime Minister Narendra Modi on Twitter. Sitharaman called Gandhi 'a student who failed in the classroom.'

A student who fails in the classroom boasts and challenges from outside. https://t.co/YOEUIN4JGT

"A student who fails in the classroom boasts and challenges from outside," she tweeted.

Rahul Gandhi, on Wednesday, tweeted out four questions to PM Modi with respect to the Rafale deal. He asked if the prime minister would show up or send a proxy.

Here are the exam questions in advance:

Will he show up? Or send a proxy?

Earlier on Wednesday, Gandhi opened the debate in the Parliament and hit out at the government over Rafale deal. He attacked PM Modi saying his interview to news agency ANI on the first day of the new year was staged.

Gandhi said the PM does not have the guts to face questions on Rafale deal and is "hiding in his room".

He also sought Speaker's permission to play an audio clip wherein a Goa minister is allegedly heard quoting Chief Minister Manohar Parrikar that the latter has Rafale files in his bedroom. However, the Speaker denied him permission after Jaitley stepped in. Rahul then sought to read the transcript of the purported statement.