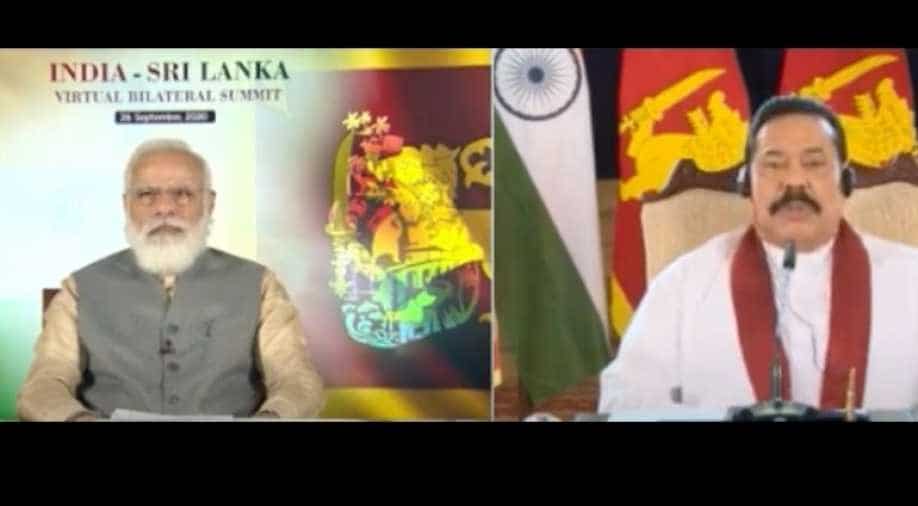 While this is the third virtual summit of Indian PM amid the COVID-19 crisis, after meeting with Australian and European Union leadership, it is the first such meet with any leader of a country in the neighbourhood.

The Indian PM congratulated Sri Lankan PM Mahinda Rajapaksa on his recent victory which he said shows "confidence in your leadership" and said that the victory "will give the opportunity to start a new chapter in Indo-Sri Lanka ties".  PM Modi said, "under neighbourhood first policy and SAGAR Doctrine, we will give priority to Sri Lanka".

The Sri Lankan PM, recalling the close ties while talking about the COVID-19 crisis, thanked New Delhi for extending support, especially financial support to deal with the economic impact. He said," Indian government supported us...and India is with us and helping us".

Earlier this year, India and Sri Lanka agreed to a $400 million currency swap agreement which will be a relief to Colombo. Both countries are also engaged in debt repayment rescheduling talks.

Mahinda Rajapaksa appreciated India for rapid help during the MT Diamond crisis. Earlier this month, the ship which was on the eastern coast of Sri Lanka caught fire risking a major environmental disaster. The Indian Navy played a key role as one of the key responders to the crisis.