Sonia Gandhi dinner for Opposition: Not for politics but friendship, says Congress 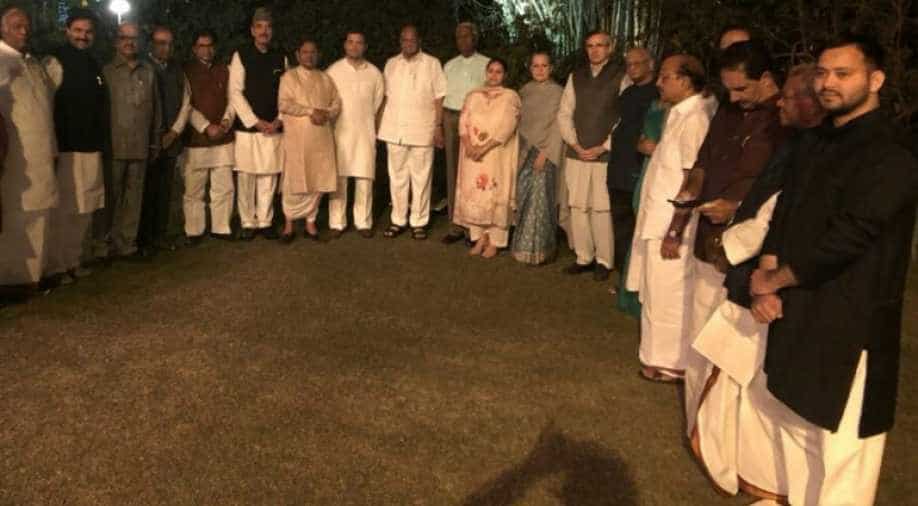 Leaders of Opposition parties pose for a picture at Sonia Gandhi's residence 10 Janpath in New Delhi on March 13. Photograph:( ANI )

All roads in Delhi on Tuesday night led to 10 Janpath, residence of UPA chairperson Sonia Gandhi who had invited leaders of several Opposition parties for dinner.

The Congress said that the dinner should not be seen from the "prism of politics" and was for "friendship and better dialogue between parties."

"This dinner hosted by Sonia Gandhi ji for opposition parties should not be seen from the prism of politics, it was for friendship and better dialogue between parties," Congress spokesperson Randeep Surjewala said.

The dinner is expected to set the tone for opposition unity in the run up to the next general elections.

Sonia Gandhi has called for opposition unity and said parties should set aside their minor differences to get together in the larger interest of keeping the BJP out of power in the 2019 Lok Sabha elections.