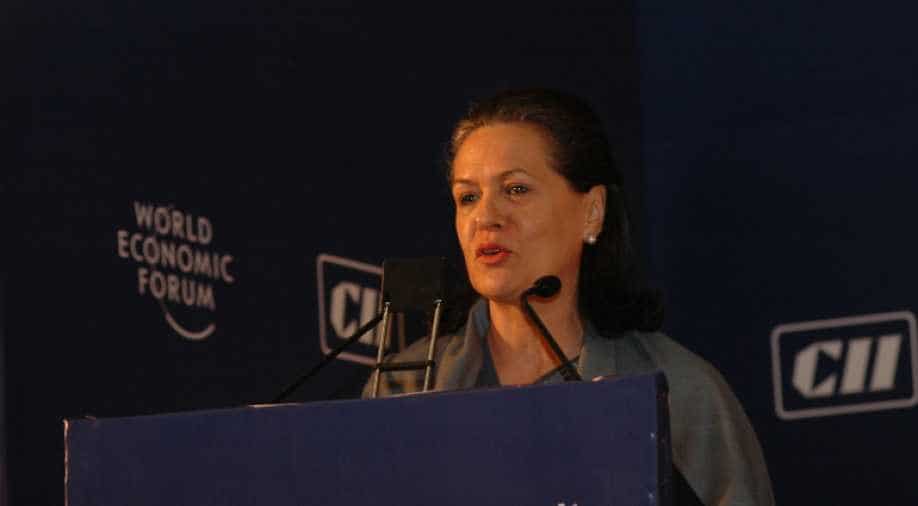 Sonia Gandhi said that history is being rewritten and intolerance has been rising in the country. (File photo) Photograph:( Zee News Network )

Congress president Sonia Gandhi on Tuesday attacked the Narendra Modi government saying the country was getting increasingly divided in the name of "narrow nationalism".

"The liberal, tolerant Indian ethos that former prime minister late Indira Gandhi embodied is being rejected and repudiated," she said in a speech at a function in which the 30th Indira Gandhi Award for National Integration was conferred on Carnatic musician T M Krishna.

She also said that the idea of India that Indira Gandhi fought for has been thrown fundamentally into question by the "rising intolerance" that one witnessed today. "The country's heritage is now in the hands of those who are bent upon rewriting history, imposing falsehood and unscientific ideas on our people and stifling independent thinking," Gandhi said without naming any party or individual.

"We must be undaunted, unafraid, and uncompromising against the forces of darkness that seek to engulf our land," she added.

Indira Gandhi, she said, led India through major transformations and in her 16-year long battle against poverty and social injustice, she gave her all to make the country self-reliant in agriculture, industry and technology.

Sonia Gandhi said that after Operation Bluestar, when she was advised to transfer some bodyguards out of her service, she refused, saying that she would not judge anyone on the basis of religion.