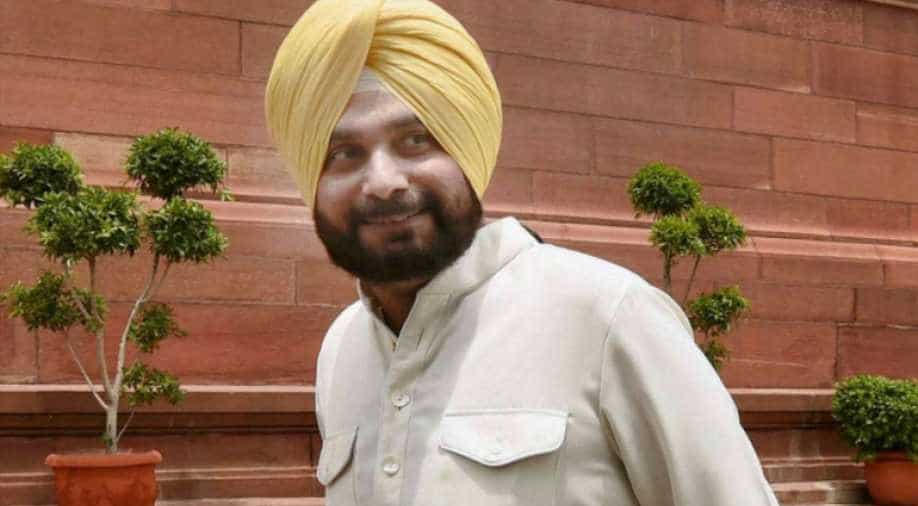 Congress leader and Punjab minister Navjot Singh Sidhu on Tuesday defended his visit to Pakistan, saying that he went to Pakistan with government approval and he did not go there for any political gain.

Sidhu also said that he had received permission to visit Pakistan from Sushma Swaraj.

"I received invitation 10 times. Then I sought permission from the Indian government, I didn't get permission & was waiting. 2 days after Pakistan government gave the visa, Sushma Swaraj Ji herself called me in the night & informed that I have been given permission," he claimed.

Slammed by opposition and earning displeasure even from his own chief minister, the cricketer-turned-politician said he hugged the Pakistan Army chief in an "emotional" moment after General Qamar Javed Bajwa told him that they were making efforts to open the corridor from India's Dera Baba Nanak to Sikh shrine of Kartarpur Sahib.

Sidhu attended the swearing-in ceremony of his friend former Cricketer Imran Khan as the Prime Minister of Pakistan in Islamabad on August 18.

Speaking to news agency ANI, Sidhu said, "Many people from Congress have spoken on this including Captain Sahab. Its a democracy and everyone has the right to their opinion: Navjot Singh Sidhu on Punjab CM's statement against him for hugging Pak Army Chief."

On his meeting with Gen Bajwa, Sidhu said, "I again want to make it clear that this meeting took place in Islamabad at a time when Gen Bajwa reached the venue of the swearing-in ceremony."

"He met me with enthusiasm after seeing me sitting in the first row. Immediately, he told me that they were making efforts to open the corridor from India's Dera Baba Nanak to Kartarpur Sahib, which is about 3 to 3.5 km in Pakistan, to facilitate the pilgrims to pay obeisance on the occasion of 550th 'Prakash Diwas' of Guru Nanak Dev Ji."

Talking about the Punjab chief minister Amarinder Singh's statement against his embrace, Sidhu said that many people from Congress have spoken on this including Captain Sahab. "It's a democracy and everyone has the right to their opinion," Sidhu said.