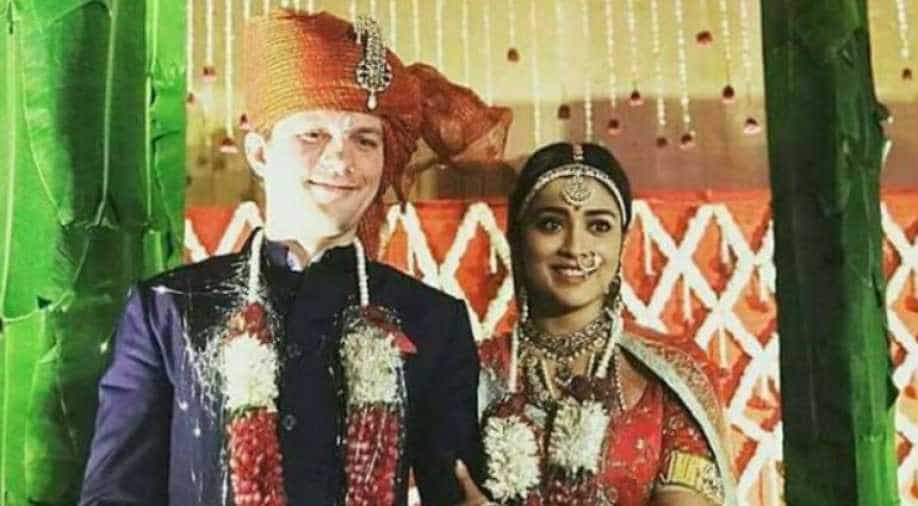 Shriya Saran and Andrei Koscheev at their wedding ceremony in Udaipur. Photograph:( Instagram )

South actress Shriya Saran tied the knot with her Russian beau Andrei Koscheev in a private ceremony in Udaipur on March 19th.

Some of the photos have surfaced on social media and indicate that the actress had a Hindu wedding.

The wedding was attended by the couple's close family and friends.

Post wedding, the groom even recited some lines for his bride in Hindi. "If someone loves you, they love you for who you are. If they try to change you in love, it is not love but compromises." Professing his love, he added, "Shriya's love makes me better every day."

Andrei Koscheev is an entrepreneur and a national level Tennis player.

Shriya, who made her debut in 2001 in Ishtam, has been a prominent face in Tamil and Telugu films for more than a decade. The actress, according to reports, had a registered wedding in Mumbai on March 12th.