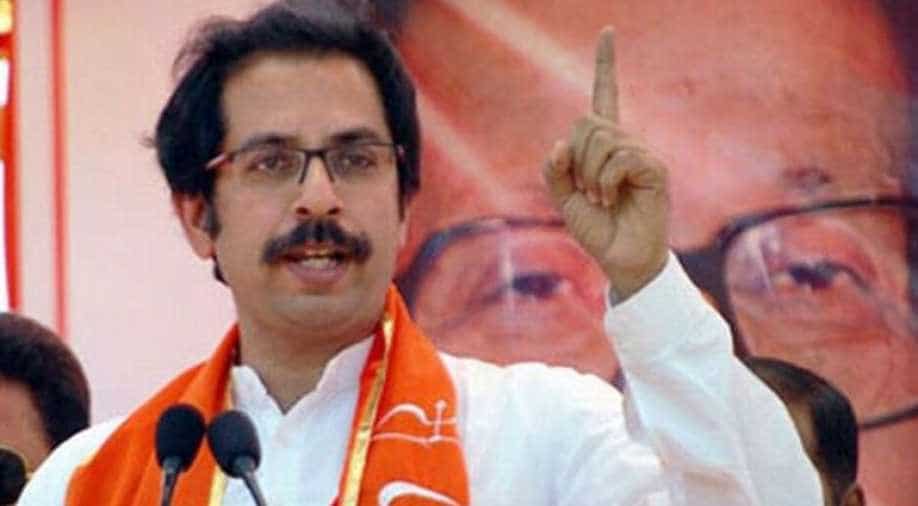 The Sena leader, whose party is a constituent of the BJP-led governments at the Centre and state, was addressing a public rally in Solapur district.

Shiv Sena chief Uddhav Thackeray on Monday targeted senior ally BJP by raking up the alleged corruption in the Rafale deal and said the party's perception of being a "world winner" had been shattered with the results of the just-held state assembly polls.

Thackeray, who had visited Ayodhya last month to push for the construction of a Ram temple at the disputed site in the holy town, said he may soon visit Prime Minister Narendra Modi's Lok Sabha constituency Varanasi.

The Sena leader, whose party is a constituent of the BJP-led governments at the Centre and state, was addressing a public rally in Solapur district here.

Thackeray, who has consistently attacked the Modi government on a range of issues, said he has already taken the decision on whether to form an alliance with the BJP for the upcoming General Elections.

The Sena chief in January had announced his party would contest all future Lok Sabha and assembly elections on its own.

In the last six months, the BJP leadership has been consistently stressing on an alliance with the Sena for the upcoming polls.

The Amit Shah-led party has regularly insisted that the Maharashtra-based outfit is its natural ally and they will resolve their differences amicably.

However, at the Pandharpur rally, Thackeray appeared to be in no mood to spare the lead NDA constituent.

"The BJP's perception of a 'world winner' has been shattered by the results of the assembly elections in the five states.

"The outcome of Mizoram and Telangana assembly elections has given a clear message that voters have rejected national parties and chosen strong regional options," he said.

In the just-held polls, the BJP was ousted from power in Madhya Pradesh, Rajasthan and Chhattisgarh by the Congress, while regional parties did well in Mizoram and Telangana.

"The Chhattisgarh assembly election has also given a strong message against the BJP. People were fed up with the BJP government and hence they rejected it," said Thackeray.

He also took on the Modi government over issues like allegations of irregularities in the Rafale fighter jet deal and implementation of crop insurance scheme for farmers.

"There have been several allegations over the Rafale fighter jet deal and I do not know how the Supreme Court has given a clean cheat. But I know the Modi government has refused pay hike for jawans," the Sena chief said.

Commenting on the finalisation of seat-sharing in Bihar between the JD(U), the LJP and the BJP for the 2019 Lok Sabha polls, he asked chiefs of the two regional parties to clarify their stand on Ram Mandir and Hindutva.