Shah Rukh Khan reveals title of his next film 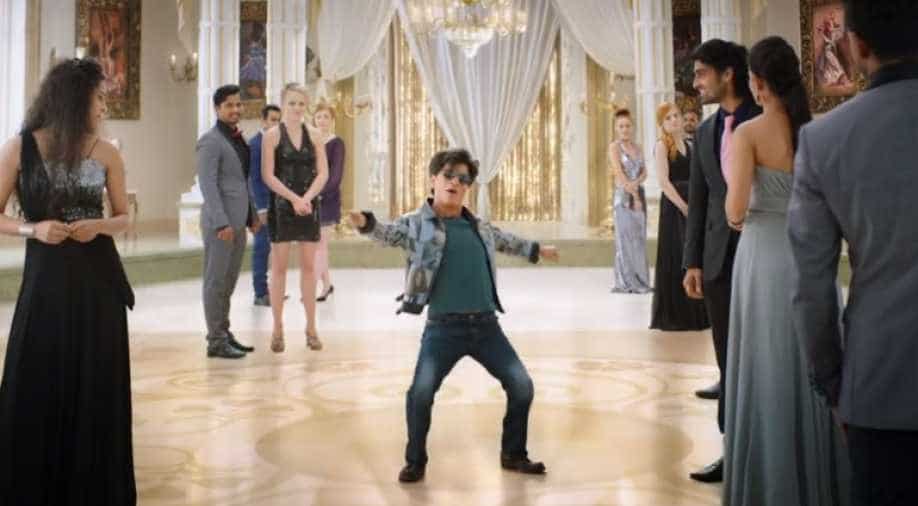 Shah Rukh?Khan is playing a dwarf character in the movie, which has already?grabbed a lot of attention from the viewers. Photograph:( Others )

Shah Rukh Khan, who is teaming up with Anand L Rai for his next film, announced the title of the film along with a teaser on Twitter on Monday.

Shah Rukh Khan is playing a dwarf in the movie, which has already garnered a lot of attention from fans.

With Shahrukh Khan, Zero will also have, Anushka Sharma and Katrina Kaif as co-stars.

According to reports, Anushka Sharma is playing a character of mentally challenged girl.

Khan has also worked with both the actresses in Jab Tak Hai Jaan in 2012.

On New year's eve, Shah Rukh posted photos of him, Katrina and Anushka in separate posts with different captions saying how each star is waiting for the teaser of the film.

And me also waiting for @aanandlrai film Title with the girls and the whole team. Happy New year all u very loved people. #Kal5BajeSRK pic.twitter.com/1904UTRD08

And the lovely away from the glares extremely Unsingle @AnushkaSharma sends her love to everyone as she awaits the Title of her @aanandlrai film. Thanks my scientist Anushka. #Kal5BajeSRK pic.twitter.com/VV0HVwBZwH

Single minded Katrina waiting for Title of film with @aanandlrai sends her lovely pic wishing u all a Happy New Year. Thank u Katz #Kal5BajeSRK pic.twitter.com/2okhva1yCc

Zero is scheduled to release on December 21 of this year.