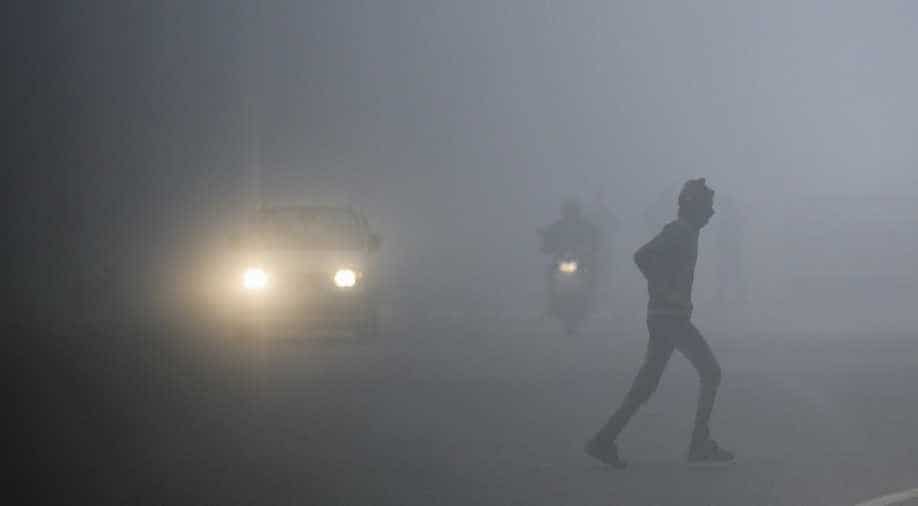 Though the minimum temperature of Delhi was slightly higher than yesterday morning, still visibility touched a new low as streets were engulfed with dense fog.

The national capital once again woke up in severe cold after it was reported that minimum temperature in Delhi reached 2.5 degrees Celsius yesterday.

"Today in most of the places in Delhi-NCR, the temperature was between three to two degrees Celsius. As compared to yesterday, the minimum temperatures have slightly increased in most of the places. Yesterday, there were severe cold wave conditions but today it was only cold wave condition since morning," Kuldeep Srivastava, head of the India Meteorological Department's (IMD) regional forecasting centre said.

Srivastava, however, added that residents of Delhi will get some respite from cold from tomorrow as the minimum temperature is expected to increase due to a change in the wind speed.

The reduction in minimum temperature also affects air quality and Delhi's air quality index (AQI) stood at 448 at 9:38 am, which falls under the severe zone.

Nearly 30 trains are running late because of the cold weather and dense fog in the North Indian region. Normal operations of the flight services have also been suspended from the Delhi airport due to poor visibility.

Delhi is witnessing its coldest winter season, so far, as per the officials.