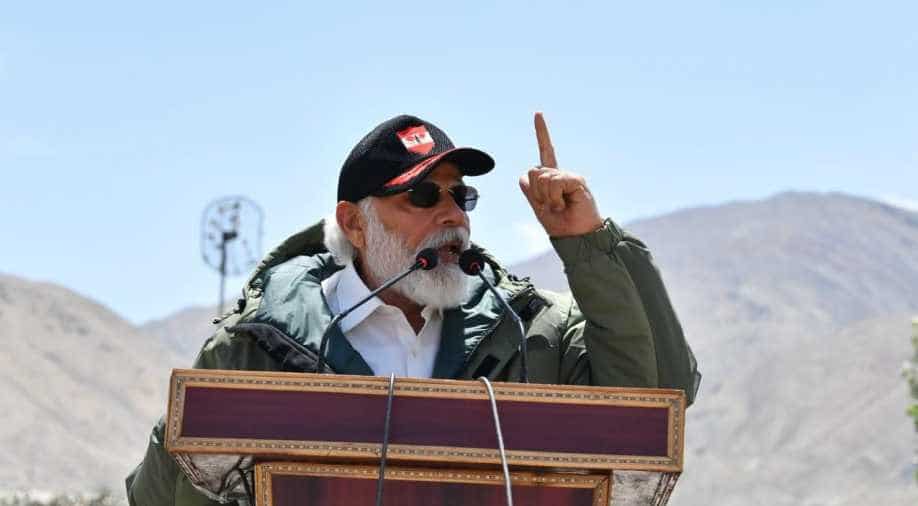 Addressing troops at Ladakh amid the India-China standoff at LAC after the Galwan Valley clash with Chinese troops, PM Modi said: "The era of expansion has ended, now is the era of development, the idea of expansionism always destroys the world."

Amid the India-China standoff along the Line of Control(LAC), India's Prime Minister Narendra Modi today made a surprise visit to Ladakh to meets troops.

"The enemies had seen the fury of the soldiers," he said. "This land in Ladakh is India's crown, it has given several Bravehearts to the nation," he said.

"Those who are weak can never initiate peace," he said. The Indian prime minister invoked poet Ramdhari Singh Dinkar, saying: "Whose battle cry, the earth is still drooling. The pen writes about his glory today. I speak your words with my voice today."

"Those who are weak can never initiate peace," he said.

Referring to Lord Krishna, the PM said: "If we worship Lord Krishna with a flute, the chakradhari bows his head in front of Krishna."

"History is witness that expansionist forces have either lost or were forced to turn back," he said, adding,"whenever I think of a decision based on national security, I think of the two mothers - the first is our Mother India and the second are our mothers who have given birth to the Bravehearts such as you."