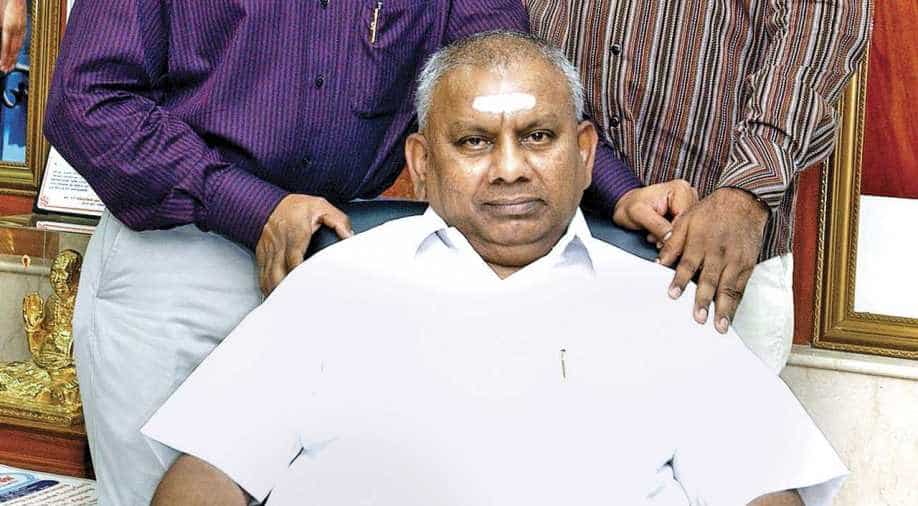 Rajagopal had surrendered on July 10 before a local court after the Supreme Court rejected his plea seeking more time to surrender on medical grounds.

P Rajagopal, the founder of Saravana Bhavan chain of restaurants, died in a Chennai hospital on Thursday, a week after he surrendred to serve life imprisonment in connection with a 2001 murder case.

Rajagopal had surrendered on July 10 after the Supreme Court rejected his plea seeking more time to surrender on medical grounds.

The apex court had, on March 29, convicted and sentenced him to rigorous life imprisonment for murdering one of his employees. He was directed to surrender by July 7.

Watch: How lust and money led to spectacular fall of India’s ‘Dosa King’

According to the prosecution, an astrologer advised Rajagopal to marry Jeevajothi, the daughter of a Saravana Bhavan employee, in order to become rich, following which he tried to woo her.

As he could not succeed in his plan, he hatched a criminal conspiracy to eliminate the employee of Saravana hotel, Prince Shantakumar, who was married to Jeevajothi.

Shantakumar was murdered in October 2001 and his dead body was found in Kodaikanal city of Tamil Nadu.

A Sessions Court had convicted Rajagopal and four others to ten years of imprisonment, but later the Madras high court set aside the Sessions court's order and increased the jail term to life term under section 302 (murder) of the Indian Penal Code (IPC).

Rajagopal then challenged the HC's order before the apex court, which was rejected. Upholding the Madras HC judgement, the top court convicted and sentenced Rajagopal to life imprisonment.