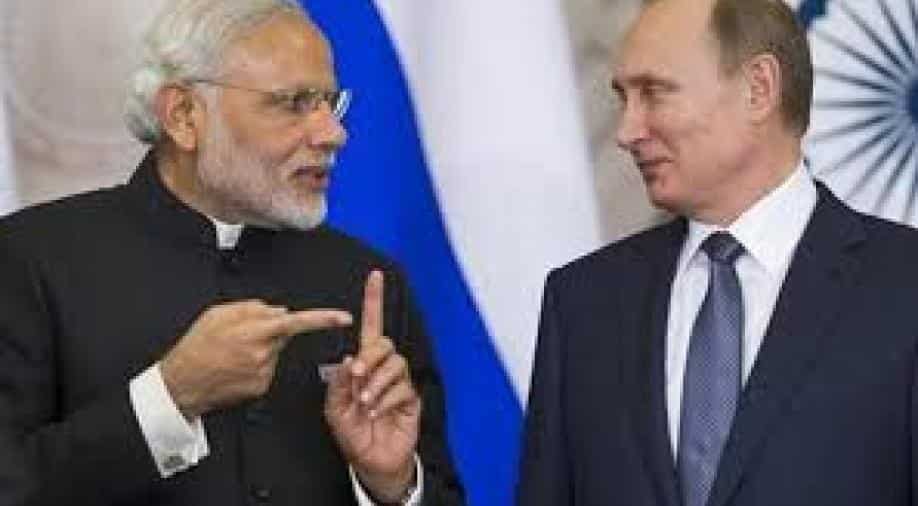 It was the first standalone discussion on “Maritime Security” in UN Security Council (UNSC) and was held under the agenda item “Maintenance of International Peace & Security”.

Russia was represented by President Vladimir Putin showcasing Moscow's support for New Delhi at the high table. Lauding the Indian initiative, Putin said, "Your initiative is in line with the constructive role that India has traditionally played in the international arena, thus contributing to the promotion of multifaceted, mutually beneficial and equitable cooperation."

Russia is a permanent veto-holding member of the United Nations Security Council and has had regular consolations with India for coordination at the Council.

During the meet, the Russian president proposed a "establishing a special structure within the UN that would directly address problems related to combatting maritime crime in various regions.". He also expressed his country's interest in building productive cooperation with the Indian Ocean Rim Association and the Indian Ocean Commission.

Kenya's President Uhuru Kenyatta and Congo president Felix Tshisekedi were both present at the meet. Kenya's president said," Kenya is an Indian Ocean rim state which means we are part of a region which has countries from the three continents.. piracy remains a threat to shipping in the straits of Malacca, the Red Sea, the Gulf of Aden."

Congo was present as the chair of the African Union and later Cong's Deputy Prime Minister (FM) spoke at the event to brief the Council.  It is interesting to know the PM has sent a personally signed invite to the AU chair inviting the chair to brief the UNSC.

It was the first standalone discussion on “Maritime Security” in UN Security Council (UNSC) and was held under the agenda item “Maintenance of International Peace & Security”.

So far UNSC had taken the subject in limited aspects like maritime piracy and crime. There have been past attempts by countries like Vietnam in April 2021, Equatorial Guinea in February 2019.

During the meet, PM Modi gave five-point principles on maritime security and highlighted India's role as a “net security provider” in the Indian Ocean.

He pointed towards past Indian initiatives like SAGAR (Security and Growth for All in the Region) and IPOI (Indo-Pacific Oceans’ Initiative).

While PM Modi is the first Indian PM to chair the UNSC meet, in the past PV Narasimha Rao as PM attended a UNSC meeting on January 31, 1992.

Atal Bihari Vajpayee as EAM had attended the UNSC meeting on September 29 1978 when he advocated for Namibian independence in the UNSC.