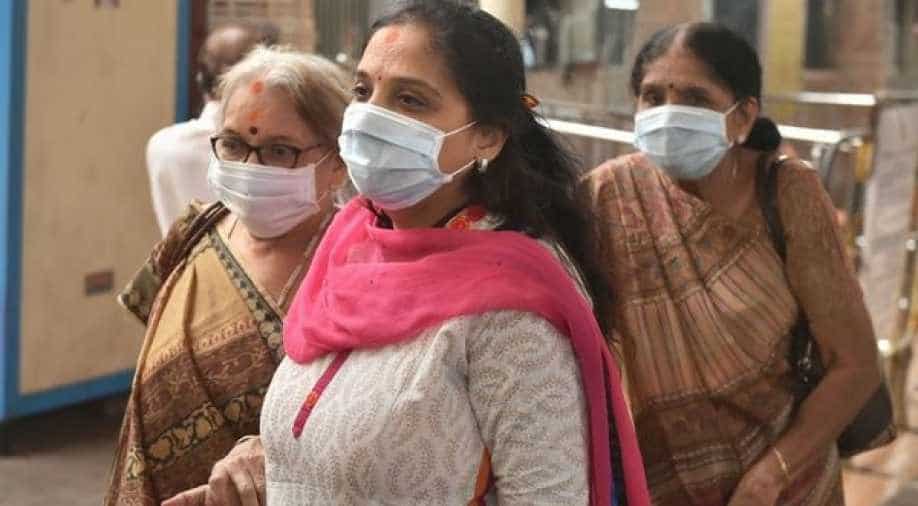 Of the eight persons who had earlier tested positive for COVID-19 in Jammu and Kashmir, one died on Thursday.

The restrictions on the movement and assembly of people to contain the spread of the coronavirus were intensified in Kashmir on Thursday, in the wake of four more positive cases detected in the valley on Wednesday, taking the total number of affected persons to 11, officials said.

Of the eight persons who had earlier tested positive for COVID-19 in Jammu and Kashmir, one died on Thursday.
The restrictions on the movement and assembly of people continued for the eighth consecutive day on Thursday, the officials said.

They added that the authorities tightened the curbs across the valley as four more positive cases -- all from Bandipora district -- were detected on Wednesday.

The security forces sealed off many roads and erected barriers to check the movement of people across the valley.
Police vehicles fitted with public address systems went around the residential areas of the city and elsewhere in the valley late on Wednesday as well as on Thursday morning to announce that restrictions under section 144 of the Code of Criminal Procedure (CrPC) were imposed and advised people to stay indoors.

The police were also using drones to announce the restrictions on the movement of people in some parts of the city, the officials said.

While Prime Minister Narendra Modi announced a countrywide lockdown on Tuesday evening, the Union Territory administration here had announced a lockdown across Jammu and Kashmir till March 31 on Sunday as part of its efforts to curb the spread of the coronavirus.

Essential services, including healthcare personnel, are exempted from the restrictions.

The administration has urged people for cooperation and warned them of action for violating the prohibitory orders.

The district administrations have put in place a mechanism to ensure uninterrupted supplies and delivery of essential services to the public. Essential commodities will be home-delivered to the residents as part of the mechanism.

However, there were reports of violations of the prohibitory orders at several places across the valley, following which the police took action by arresting several people and seizing their vehicles.

The markets across the valley were shut and public transport was off the roads with only pharmacies and groceries allowed to open, the officials said.

Educational institutions are closed, while all public places including gymnasiums, parks, clubs and restaurants have been shut down more than a week before the nationwide lockdown announced by the prime minister.

Restrictions were first imposed in many parts of the valley on last Thursday to contain the spread of the virus. The measures were taken after a 67-year-old woman from the Khanyar area of the city, who had returned from Saudi Arabia on March 16 after performing Umrah, tested positive for COVID-19.