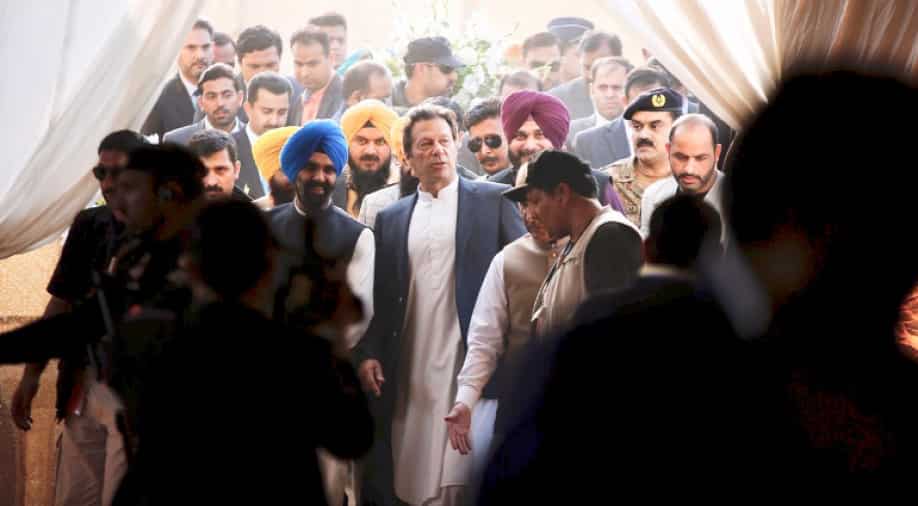 Union minister Prakash Javadekar said that Pakistan was indulging in all kinds of terrorist activities and cross-border terrorism.

India today reacted strongly after Pakistan PM Imran Khan said the Kashmir issue can be solved during his speech after laying the foundation stone of the Kartarpur corridor.

"Deeply regret that the Pakistan PM chose to politicise the pious occasion meant to realise the long pending demand of Sikh community to develop Kartarpur corridor by making unwarranted reference to J&K which is integral & inalienable part of India," the external affairs ministry said.

During his speech, the Pakistan prime minister had said that the Kashmir issue can be solved and that "only political will was needed".

"Both the sides have committed mistakes, we will not be able to go forward...point scoring will continue," PM Imran Khan had said during his speech.

"Pakistan is reminded that it must fulfil its international obligations and take effective and credible action to stop providing shelter and all kind of support to cross-border terrorism from territories under its control," India's external affairs ministry said in a statement.

Union minister Prakash Javadekar said that Pakistan was indulging in all kinds of terrorist activities and cross-border terrorism.  "It is not an enthusiasm or a laughter challenge from Sidhu," Javadekar added.

The minister also took a jibe at Sidhu saying: Sidhu referred to various domestic issues which is not done in any diplomatic relations. He praised Imran Khan more than what was due and praised him to the hilt."

Imran had said he didn't understand why the cricketer-turned-politician was criticised during his oath-taking ceremony. "He was just talking about peace," Imran said, adding,"I hope we don't have to wait for Sidhu to become Indian prime minister for everlasting friendship between our nations."