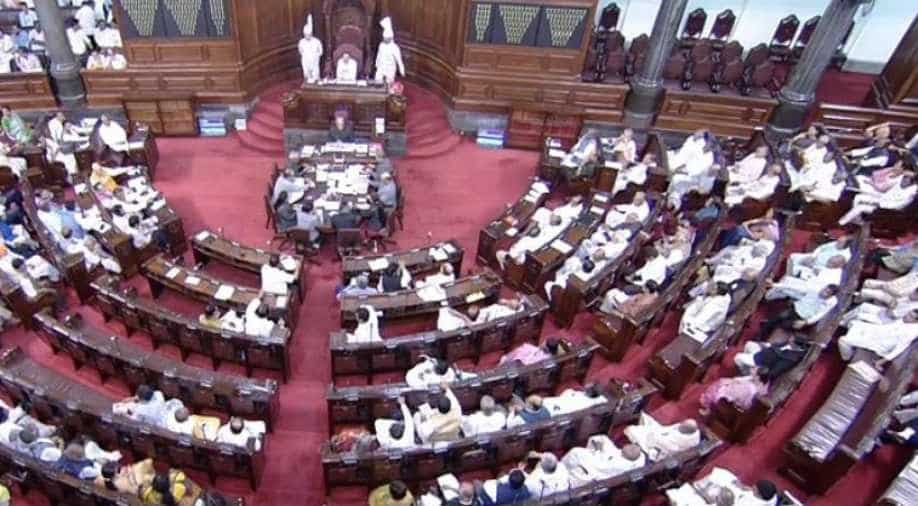 The top court, in a landmark judgment in 2017, held the practice "void" and "unconstitutional".

The Rajya Sabha on Tuesday passed the contentious bill which criminalises the practice of triple talaq, amidst a walkout by Opposition members accusing the government of "singling out" a community.

In a big boost to the Bharatiya Janata Party (BJP), the Muslim Women (Protection of Rights on Marriage) Bill, 2019, introduced by Law Minister Ravi Shankar Prasad, was passed with 99 members voting in favour whereas 84 voting against it.

Lok Sabha had on Thursday passed the landmark bill after a prolonged debate.

The BJP had issued a whip to its Lok Sabha and Rajya Sabha lawmakers to be present in both the Houses today to support the bills introduced by the government.

Watch: What is the triple talaq Bill?

The Muslim Women (Protection of Rights on Marriage) Bill, 2019, seeks to criminalise the act of instant divorce among Muslims with a three-year jail sentence for men who practice triple talaq, which has been made illegal by the Supreme Court.

The top court, in a landmark judgment in 2017, held the practice "void" and "unconstitutional".