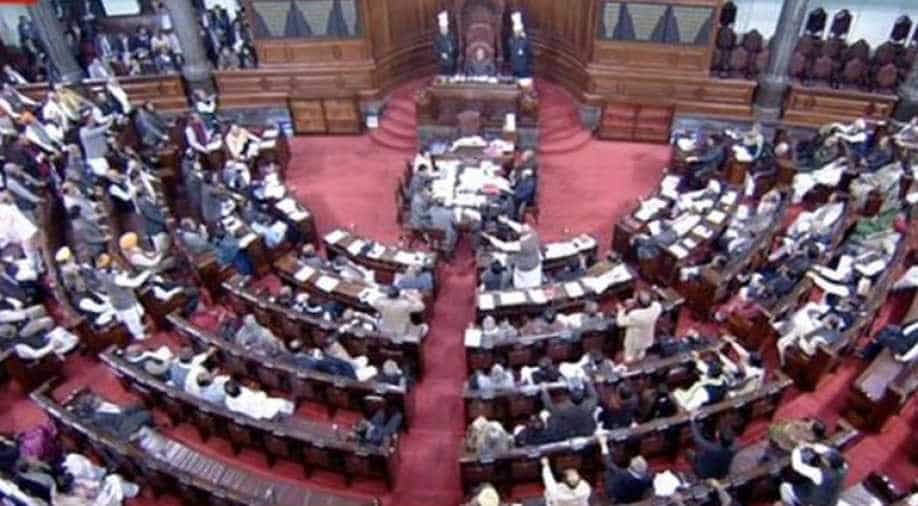 The Muslim Women (Protection of Rights on Marriage) Bill 2018 was slated to be taken up by the Rajya Sabha this afternoon for consideration and passing.

A united Opposition on Monday thwarted the government's attempt to push the instant Triple Talaq Bill in the Rajya Sabha as it insisted on referring it to the select committee of Parliament.

The Bill, which proposes to criminalize the practice of Muslims men giving divorce to their wives by uttering the word "Talaq" thrice in quick succession, was passed by Lok Sabha three days back. It needs to be passed by the Rajya Sabha to become a law.

The Muslim Women (Protection of Rights on Marriage) Bill 2018 was slated to be taken up by the Rajya Sabha this afternoon for consideration and passing.

However, as soon as an effort was made to take this Bill up, an uproar erupted in the house.

TMC leader Derek O Brien said all opposition parties unanimously want the Bill to be sent to a select committee for proper scrutiny.

Echoing similar sentiments, Leader of Opposition in Rajya Sabha Ghulam Nabi Azad, said, "This is such an important bill which can positively or negatively affect the lives of crores of people can`t be passed just like this without going to a select committee."

As the House was not in order, deputy chairman Harivansh adjourned the house for 15 minutes. But when the House reconvened, uproar continued.

Congress leader Anand Sharma said that legislative scrutiny was critical of the Bill before it could be taken up by the house. Minister of State for Parliamentary Affair Vijay Goel attacked the opposition for stalling the Bill, saying they had no sympathy for the Muslim women.

Amid the uproar, Harivansh adjourned the house for the day.