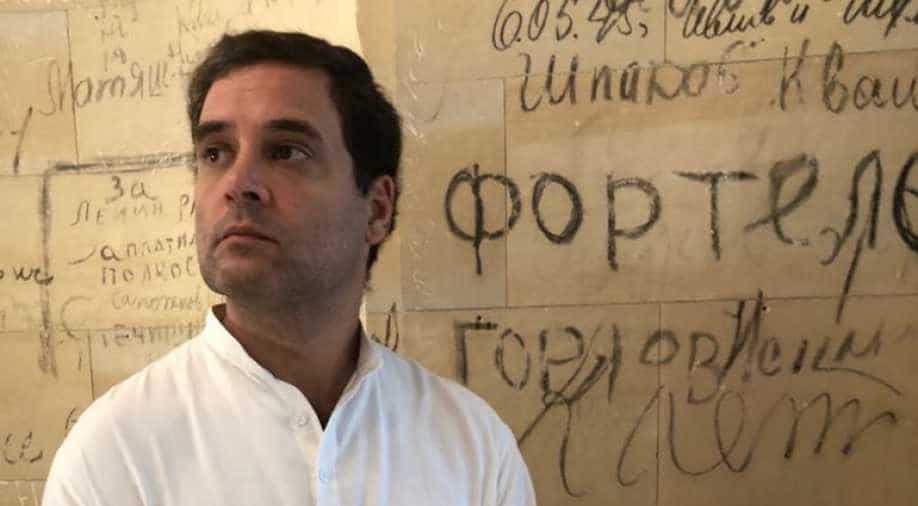 As you will probably know by now, because of the flutter he created there, Rahul Gandhi is currently in Germany.

The photographs were captioned "The many facets of Rahul Gandhi":

The many facets of Rahul Gandhi. #Bundestag pic.twitter.com/MtoNs1TxjO

Twitter was very quick to pick up on them (and quite hilariously too), and the photographs soon turned into a meme.

Have a look for yourself:

Me when my mom starts talking about my marriage pic.twitter.com/k0bCIf0g8Z

Teacher : and I need a volunteer to finish this task *looks straight at me*

The BJP too got in on the act:

Even we couldn't resist retweeting this ) https://t.co/M0y9Uvun7M

The Congress handle shared another set of pictures of Rahul at the German parliament:

CP @RahulGandhi walks through the 'Archive of German Members of Parliament', the 'archive' has boxes labeled with every MP elected to the Bundestag from 1919 & 1999.

The 'archive boxes' resemble brick walls, which are a metaphor for the foundation of the parliamentary structure. pic.twitter.com/o6Fi2ak5Sx

Rahul will head to the UK after Germany. He is there to talk about the "overall performance" of the Narendra Modi-led government.